Prozac and marijuana: some of you might wonder whether this combination is safe or not? Well, the answer is obviously not that simple, but we can help you understand whether it is safe to consume marijuana while on Prozac or not.

First and foremost, you have to keep in mind that cannabis is easily accessible to patients suffering from depression and anxiety. And marijuana may interact with the medicines you’re taking. Not only this, but the interaction can prove dangerous if you do not have the right medical guidance.

So, how do you go about using Prozac and marijuana? Well, if you’re someone looking for continuous treatment with marijuana make sure you consult your doctor first. Next, remember that marijuana has been used in traditional medicine for centuries. But due to its illicit status in the States, its actual medicinal values have not been explored thoroughly.

Since depression is a mood disorder, it affects the way a person’s entire being functions. So, you have to be careful while using medical cannabis for mental health disabilities. Also, read this guide and understand why Prozac and marijuana can prove to be a deadly combination. Get MMJ Card 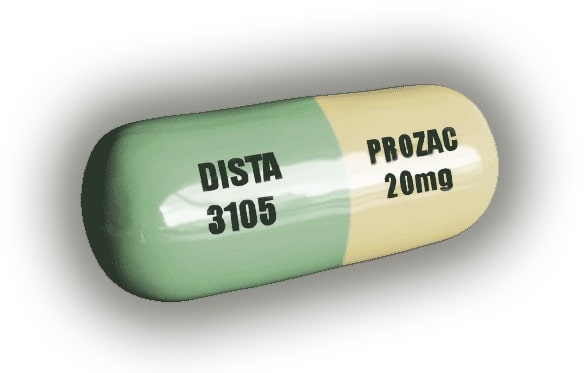 Prozac is one of the most commonly prescribed antidepressants on the market. To the point that it is one of the top 15 most widely consumed drugs in the United States of America. It is used to treat major depressive disorder, panic disorder, bulimia nervosa, and obsessive-compulsive disorder. Also called fluoxetine, Prozac belongs to a class of drugs called selective serotonin reuptake inhibitor (SSRI). These drugs function by increasing the levels of serotonin in the brain.

Serotonin is called the ‘Feel good hormone” and is responsible for carrying messages between brain cells and regulate our wellbeing, appetite, good mood, and also the body clock. Prozac blocks the absorption of the neurotransmitter serotonin. Serotonin levels if regulated, helps the brain cells transmit messages. This is how the depressive symptoms are restricted with the help of Prozac.

Side Effects of Prozac

Prozac might be widely prescribed to treat several issues related to the brain, but that does not mean it does not have its flaws. Antidepressants in both adults and children have been seen to increase cases of suicidal thoughts and behavior. Close monitoring of patients needs to be carried out to ensure that the patients remain safe. Depression is a known side effect of depression, but the chances according to multiple studies, increase when antidepressants enter the picture. Caregivers and families have to be warned about changes in behavior, agitation, irritability, and any other psychiatric and non-psychiatric indicators that may lead to fatal consequences.

Other more common side effects include drowsiness, nausea, anxiety, tiredness, loss of appetite, sweating, and dizziness. Though it is important to remember if the doctor has prescribed this medicine, the benefits just might be outweighing the harm that those medicines would do to your body. A doctor needs to be consulted immediately if any of the below side effects turn up sever mood swings, easy bruising, tremors, significant weight loss, decreased sex drive, and changes in sexual ability.

Cannabis is a Naturally occurring drug that comes from the Indian hemp plant called Cannabis sativa and Indica. Cannabis is classified as a depressant drug. This does not mean that you become depressed if you take it, but rather your central nervous system slows down after you receive it. Cannabis has two primary cannabinoids, cannabidiol (CBD) and tetrahydrocannabinol (THC). Both cannabinoids interact with the endocannabinoid system, just in different ways. THC gives a euphoric feeling to the user and is the reason behind the hallucinogenic effects, whereas CBD is the opposite. CBD binds with serotonin, the chemical responsible for our wellbeing and happiness, amongst other things.

Patients experiencing mental health conditions – from chronic pain to PTSD and depression- have been found to benefit from the administration of medical cannabis. Research for marijuana and depression is in its preliminary stages. But even this research has been promising. In one study, the researchers found that endocannabinoids found in cannabis may be helpful in treating depression that results from chronic stress. The study pointed out that chronic stress reduced the production of endocannabinoids. And this affects our cognition, emotion, and behavior. Further links are being found between depression and the use of marijuana to manage the symptoms. Using compounds derived from cannabis could potentially help stabilize moods and ease depression.

Summing Up- Prozac and Marijuana 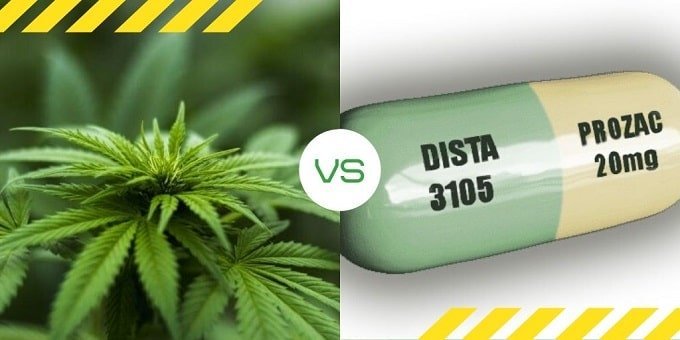 Curious to know whether it is safe to smoke marijuana while on Prozac?

The answer is no, it might not be deadly to mix the two, but there are always risks associated with having a cocktail of drugs, irrespective of what supposed research says. We would advise you to stick with one for maximum benefit and your safety. Consult a doctor before you go rogue on yourself. This is a complicated question to answer as multiple considerations need to be taken care of before you decide to start double dosing. A significant issue with mixing Weed and Prozac is the emergence of a problem called hypomania. A mild form of mania, it is characterized by phases of elation and hyperactivity. If you have any three of the below-mentioned symptoms, you are experiencing hypomania.

Hypomanic episodes do not require hospitalization. You can, on certain occasions, see a complete reversal of a person’s personality after hypomania. A person might become more friendly or outgoing after an episode. Marijuana is not a miracle cure, but it can help you live a happier, more fulfilling life. Chat with us if you need assistance in getting a medical marijuana card recommendation.