On 1st July, 2021, Virginia became the first state in the South to legalize recreational marijuana. This month marked the one year anniversary of the complete legalization of marijuana in Virginia. This anniversary has brought along several changes in the marijuana laws of the state. Here’s what you should know.

The Governor of Virginia, Glenn Youngkin signed the 2022 budget bill that consists of re-criminalizing personal possession of more than 4 ounces of marijuana in public. According to this law, possession of more than four ounces, but less than a pound of cannabis will be classified as a Class 3 misdemeanor. Offenders will be punished by a fine of up to $500. Subsequent offenses will be classified as Class 2 misdemeanors, resulting in up to 6 months of jail time, and/or a thousand dollars in fine.

The new bill signed by Governor Youngkin directly conflicts with the promises he made in his campaign to the public last year. The public was promised that he would not pose problems with the recent legalization of marijuana in the state. His own opinions seem to be out of line with the majority of the state residents.

Just one day after the new cannabis law came into effect in 2021, Democrat nominee Terry McAuliffe tweeted “The vast majority of Virginians support legal cannabis, but extreme Republicans are determined to make it illegal again. Yet another example of how Glenn Youngkin and the GOP are out of touch with Virginia.”

In reply, the Youngkin campaign tweeted “False. Glenn Youngkin will not seek to repeal it; his focus will be on building rip-roaring economy with more jobs, and better wages, restoring excellence in education, and reestablishing Virginia’s commitment to public safety.”

Glenn Youngkin will not seek to repeal it; his focus will be on building a rip-roaring economy with more jobs and better wages, restoring excellence in education, and reestablishing Virginia’s commitment to public safety.

Moreover, the party has not made any efforts for establishing the recreational cannabis market in Virginia. They also haven’t paid any attention to setting up guidelines for product labels for consumer safety which is important for MMJ patients in Virginia.

Reactions to the Governor’s Attempt at Amending the Cannabis Laws

The public of Virginia did not react well to the Governor’s decision, and neither did the Senate. His attempt did not become fruitful, as the Senate refused to advance the bill these new laws were added to.

Because the legislative session for 2022 has already ended, this vote effectively ends any further discussion of the legislation this year. For now, citizens can rejoice that Governor Youngkin has failed to recriminalize personal possession of marijuana.

The National Organization for the Reform of Marijuana Laws (NORML) aims at legalizing the responsible use of marijuana by adults. They fight for the rights of the public and their voices to be heard. 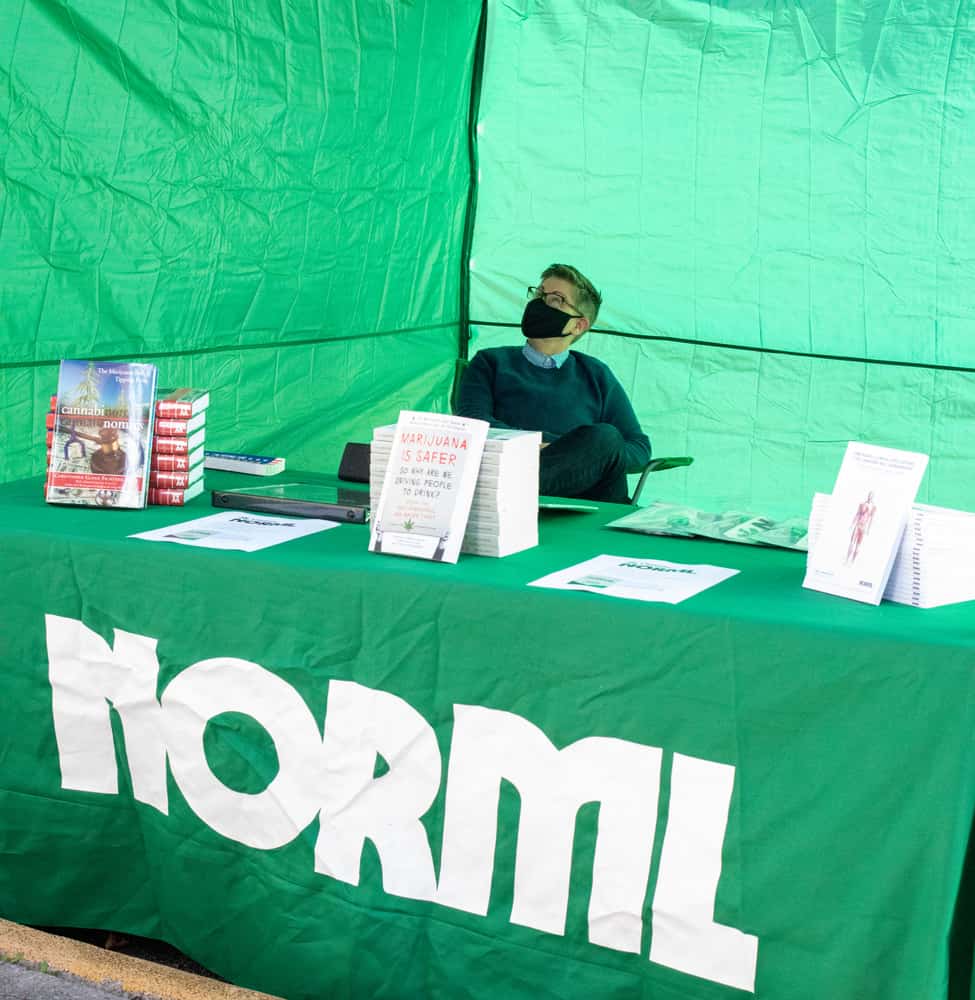 Pedini, the Development Director of NORML said, in regards to the Governor’s signing of the bill –

Unfortunately, the rejection of the bill also means that unregulated and potentially dangerous synthetically-derived THC products can continue to proliferate in Virginia, putting the citizens at all sorts of risks.

With his attempt to criminalize Virginians for personal cannabis possession having failed, Governor Youngkin’s administration should actually serve his constituents by establishing a legal adult-use marijuana market and ensuring that all cannabis products sold in the Commonwealth are accurately labeled and regulated for consumer safety.

Sending SB 591 back to the Senate Rehabilitation and Social Services committee is not in the interest of health or safety. Uncontrolled products containing synthetically-derived THC will continue to be sold at retail and wholesale, outside the strict regulatory oversight currently required for legally produced cannabis products, if no legislative action is taken. Consumers have a right to know what they’re buying, and far too often, when that comes to unregulated products, what’s on the label isn’t what’s in the package.

So, When Will Recreational Sales Begin in Virginia?

The truth is, we cannot say yet, looking at the situation optimistically, one would expect them to begin by late 2023. However, since Glenn Youngkin has been elected to serve four years, there are high chances that he may try to hinder the retail sales of cannabis again.

For now, the safest bet for Virginia’s marijuana users is to get an MMJ card and make sure it is renewed on time. With platforms like Online Medical Card, the approval process has become affordable and convenient. Having a medical card will help you access cannabis in Virginia and also keep out of legal trouble.