Why Should Marijuana Be Legalised?

Marijuana has finally captured the attention of mainstream media. That is in no small part thanks to the recent wave of legalization that has quickly taken over the country. At this time you have 33 states which have legalized medical marijuana and out of these 11 plus Washington DC have allowed recreational marijuana as well. So, we can be sure that there is something that this herb is doing right.

Over half of the adult population of the US has tried marijuana, that is when it is still regarded as a controlled substance on a federal level. Then there is the case of marijuana arrests that have taken place in the country. Neary 600,000 Americans are arrested on marijuana possession charges annually.

Then there is the weird paradox that came to the forefront with marijuana recently. We had marijuana dispensaries been termed as an essential business recently but then there was no federal assistance that could be applied for as it is still illegal. How can you have something that is essential and illegal at the same time?

There are various facets that various governments need to take care of when they are legalizing a herb like marijuana which over the years has had such staunch critics. 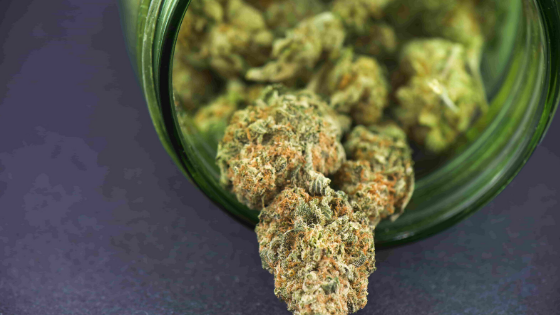 Marijuana Can Help Boost The Economy

If you look at the figures right now and even with the coronavirus outbreak, the industry is poised to exceed generating $24 billion in revenue by the year 2025. This is just on the basis of the states that have already allowed the sale of marijuana for some purpose. According to the figures for every $1 that is put into the marijuana industry, anywhere from $2.13- $2.14 is generated for the economy.

The legal marijuana industry has generated $7.2 billion in economic activity and this has added millions in the federal taxes. Additionally, sectors like banking, food, construction, transportation, and tourism will also receive a boost from the legalization of marijuana.

When it comes to research into marijuana everything is at a preliminary state, The categorization of it as a controlled substance has hampered a lot of research that would otherwise be easily done. But even then preliminary research has shown that cannabis use by young people is falling despite it being legalized and decriminalized in most. This also comes at a time when adult use is at an all-time high.

When Washington legalized marijuana in 2012, the usage figures in the teen demographic dropped from 9.8% to 7.3% between 2014-2016. States like Colorado, Massachusetts, and Nevada have also reported a similar drop in figures.

According to the Marijuana Policy Project, a company that organizes and executes various marijuana legalization has gone to the extent of stating that marijuana policy reforms do not cause an increase in the use of marijuana by the youth. In-depth analysis has clearly shown that a decrease albeit modest in nature occurs when it comes to consumption by teens.

There is marijuana consumption taking place in every state. The places where it is illegal, people buy it from the street where there is no way to know if what they are ingesting has mold, fungus, pesticides, or other harmful substances. Once a particular state legalizes marijuana, they also enforce laboratory testing and regulations to make sure that the marijuana in circulation is clean.

There are also rules in place to prevent exposing children to marijuana. Places have introduced child-resistant packaging. This is only possible once you legalize the substance as then the government can set restrictions on how and to whom the cannabis is being distributed. California has limitations on the serving sizes of edibles, 24-hour surveillance at dispensaries, and seed to sale testing and tracking.

America is still fighting a race war, Statistics show that significant racial disparity exists when the enforcement of marijuana laws is in question. Even though both white and black people use marijuana at roughly the same rate, a person of color is 3.73 times more likely to be arrested on account of marijuana possession.

Marijuana possession conventions have a severe impact on people’s ability to gain public housing, financial aid for schools, loans, and jobs. Moreover, drug sentences for black men tend to be longer than those for white men. With legalization and decriminalization, there is a hope that this widespread and long-standing racial disparity comes to a close.

If it is fine for society to consume alcohol and drugs as openly as they do, then there should really not be much of an issue to legalize marijuana as well. In a 2010 study reported by the Economist, the combined harm to others, and the user is much less in the case of marijuana than alcohol or tobacco use. The negative stigma around the existence of pot use has not aided in any way to the legalization tries that advocates have been pushing for. Instead, because of the negative stigma around pot, people have begun to look at it in a glamourized light leading to people making it synonymous with pot culture and sidelining the medical benefits associated with the drug. These preconceived notions have really tainted what pot is capable of. So, it is high time we look at pot the same way we look at a mug of beer.

Marijuana Has a Very Low Chance Of Abuse

Contrary to what you might have heard, marijuana is not even half as addictive as what we have been made to believe. The correct term is a cannabis use disorder. It is listed in the official manual of psychiatric diagnostics also called the DSM-V. Just like any other substance, dependence on marijuana grows when a person is dealing with the crisis called disconnection which makes you create and foster unhealthy connections. Marijuana just like all other substances, if used in moderation and in a responsible manner can easily enrich lives.

To date, the solution employed by the United States to deal with a drug is to incarcerate the users and all of us know how effective that has turned out to be. This approach to drugs and addiction does not work and instead, there is a creation of a social environment where misinformation is rampant. This failure of policy is what has led to the formation of a negative opinion of marijuana. With legalization the stage to talk about the health benefits, health risks, and how to make informed decisions regarding the use of cannabis just become that much more accessible.

Cannabis Is A Great Sleep Aid

If you check up online, you will see that there are various articles that deal with the best strains to deal with cannabis. There are over 2.2 million medical cards right now which have been given out to tackle insomnia. A compound found in cannabis ’THC” is also known to have sedating effects and the end result is something similar to what you get with lithium. With cannabis people even report negligent use of sleeping pills or other medicines to induce sleep. So, for this to become a sleeping aid for the masses it is important that it is legalized.

This is the crowning jewel of what marijuana can offer to the masses. But for this to be truly effective it is important that it is legalized. Even right now, when it is available to a very small number of people. It plays an important role in their day to day lives, The standard list of issues that cannabis helps with includes cachexia, cancer, AIDS, anxiety, insomnia, arthritis, persistent muscle spasms, severe nausea, chronic pain, anorexia, and all the symptoms that come along with these problems. These conditions are not even the tip of the iceberg. As research widens so does the number of diseases.

Marijuana Is A Lot More Than A Gateway Drug

This is probably the most perpetuated myth around this medicinal herb. Most marijuana detractors will say the same thing on a loop which is that people who use marijuana will end up using other drugs. Now, I would like to point one thing out, people smoking marijuana before other drugs is an event that occurs not because cannabis is the cause, it is because of correlation. As long as you keep marijuana illegal, people will continue to obtain it from sources that just happen to have other drugs with them at the same time.

If you look at statistics people who end on the path to hard drugs are also predisposed to try alcohol and cigarettes beforehand. This has not made us ban them. The existing stigma is only in place because of the outlaw drug image attached to consumption of cannabis.

Legalization is probably the answer to eradicate most of the existing hypotheticals that are attached to cannabis. A long as you keep it away from the masses, there is no way to educate them and promote responsible use.