A Visual Guide to Weed Measurements and Prices - December 09, 2021

Whether you’re a first time consumer or a pro, a recreational user or an MMJ patient, you need to know your weed measurements well. You definitely don’t wanna end up at a dispensary with no knowledge of what a gram of weed looks like. Or maybe an ounce of weed? What about an eighth of marijuana?

In this article, we’ll focus on different weed measurements, how many joints or bowls you’ll get out of each and a general idea of how much you’ll have to pay.

But before we get into the details of different weed sizes, let’s decide on how much weed you should be smoking.

How Much Weed Should You Smoke Your First Time?

The rule of thumb is simple- go small, go slow, and build your tolerance as you go.

Like other intoxicating substances, it’s important to know when you’ve had enough weed. Consumption beyond that point can lead to a decline in the quality of your experience and even turn it nightmarish if you’re not careful enough. Especially if it is your first time.

As a novice, you really don’t want to end up consuming more than you can take, nor do you wanna own more than you’re willing to consume in the long run. For a beginner, it usually comes down to trying different strains and variants before deciding on a particular bud you like. In such a situation, a gram or two of high quality flowers might work well enough for you.

With just enough weed to smoke a couple of joints, you can tell if that strain is for you or not. This way you won’t be ruining the quality of a good bud by keeping it stored away and it’ll also be pocket friendly too.

How Much Is a Gram of Weed?

A gram of weed is the smallest amount you can buy at a dispensary. However, not every dispensary or retail store sell weed in such small quantities.

It basically adds up to a whole gram joint or two half gram joints or 3 or 4 bowls to smoke from. In other words, it’s good enough if you’re new to the herb and are trying out different strains. 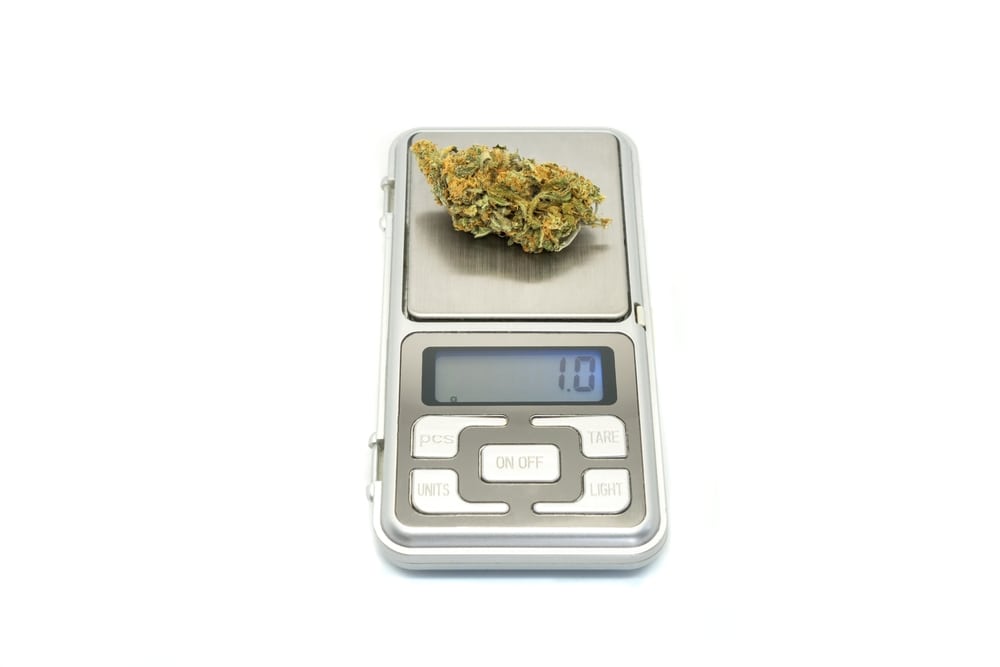 Even as an occasional consumer, a single gram of weed is good enough to get you through the day or sometimes even two. This way, you can purchase just as much cannabis as you’re going to use and not more than that. Storing weed for longer periods without proper care usually ends up ruining the quality of the flower, making it preferable for occasional users to only buy as much as they want to use.

Also referred to as a dime bag, these 1 gram of smokable flower can cost anywhere between $10 to $20. The cost mostly depends on the quality of flower you are buying.

Note: 1 gram of a particular strain can look very different from 1 gram of another. Dense strains might be outnumbered or smaller in size when compared with 1 gram of a light fluffy bud.

Consumers can also go for 2 grams of weed, otherwise referred to as a dub.

How Much is a‍n Eighth of Weed?

An eighth of an ounce, to be precise. If we go by grams, this will add up to 3.5 grams of weed or 3.543603875 grams to be precise. In a lot of dispensaries, this ends up being the smallest amount purchasable and at the same time the most preferred amount by customers.

This weed size fits right into the budget of a majority of users, and rolls up into a week’s worth of joints. The 3.5 grams of marijuana can make up to 7 half gram joints or 3 one gram joints along with a side of a shorty (.5 joint). 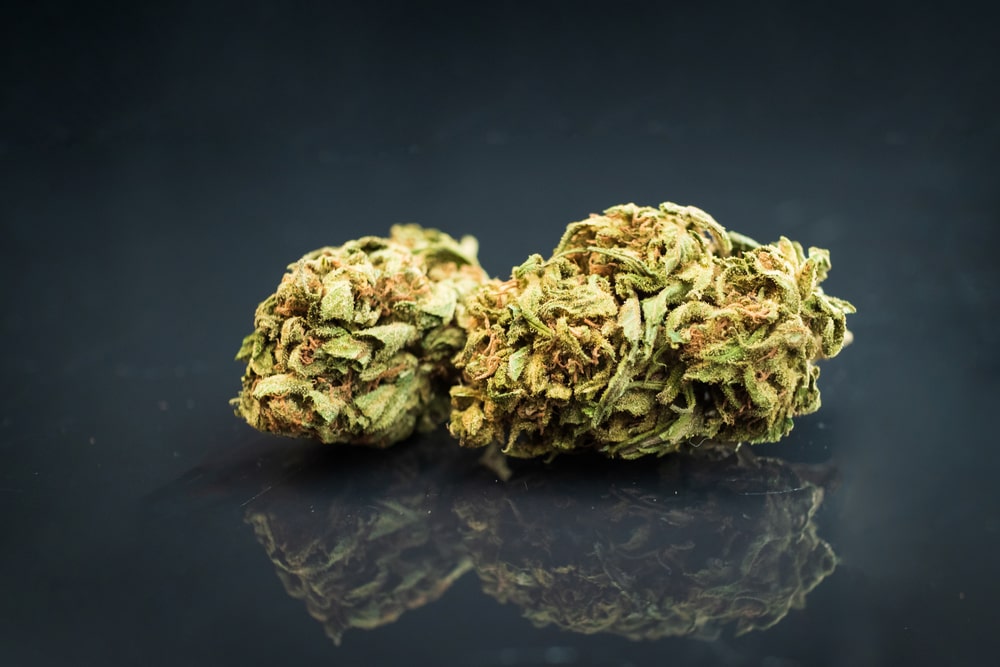 Even the pre rolled joints that you can buy from dispensaries either contain 0.5 grams or 1 gram of weed. Roll with .5 weed is enough for a solo trip or a small company while the pre roll with 1 gram weed is preferable for a much larger group.

Note: If you ever waddle across a dispensary that sells a ‘5 gram eighth’ of weed, then you’re in luck. It basically means you’ll get 5 grams of weed at the pence of an eighth. No extra costs and some extra weed sounds like a win.

How Much is a Quarter of Weed?

A quad of weed can weigh an approximate 7 grams. Using .5 grams of weed, a quad can be used to make almost 14 joints. For regular consumers, full gram joints are sustainable for a week while half gram joints or occasional consumption can drag it up to a fortnight. 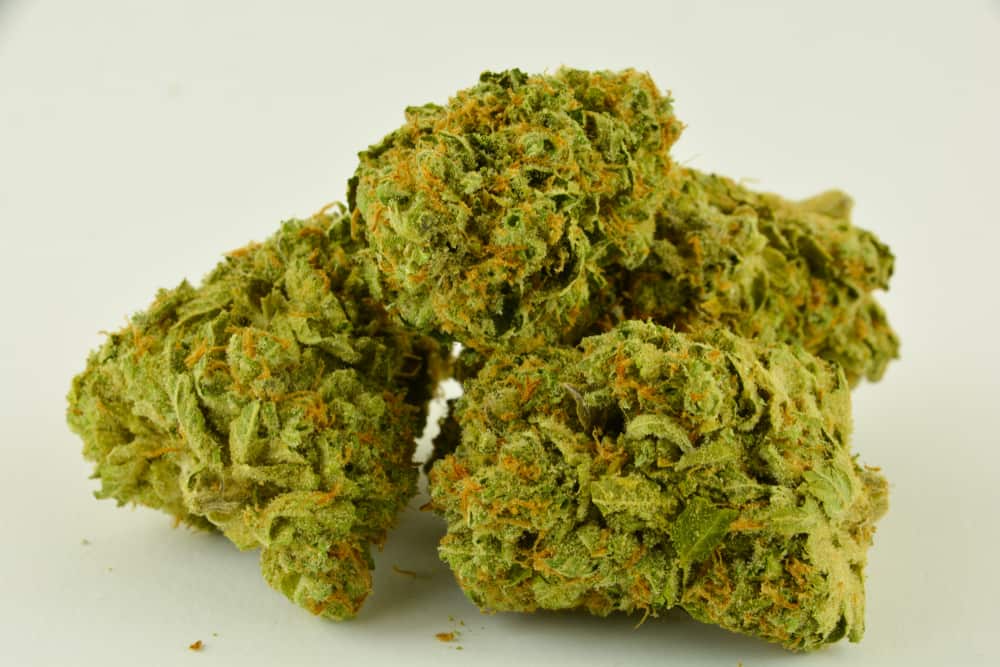 The lowest that this quarter usually goes can be somewhere between $50 – $75, while good quality rare buds can go up to $120.

How Much is a Half of Weed?

Building up on storage space and tolerance, you can opt for half an ounce of weed which would weigh up to 14 grams. Following similar metrics as done previously, 14 grams of weed can be rolled into approximately 30 half gram joints and 14 one gram joints. (While technically 0.5 grams in a roll should make 28 joints, most joints, especially pre-rolls, only contain 0.33 ounces of weed)

With the specified weed measurements, the cost can fall somewhere between $90 and $200. The ‘ half of a zip’ can sustain a regular cannabis user for up to half a month while a newbie or occasional consumer can go a month or two without buying more.

If you’re thinking about storing your half for months to come, make sure the conditions are appropriate. Store your flowers in an airtight jar, away from moisture and sunlight. However, it is better for occasional consumers to invest in an eighth or quarter of weed.

How Much is an Ounce of Marijuana?

In most states, an ounce of weed (plant material) is the legal possession limit for recreational consumers, any more than this can result in legal repercussions.

But how much is an ounce? It is 28 grams.
These 28 grams can be rolled into 60 half gram joints (approximately) and can go beyond 100 bowls. 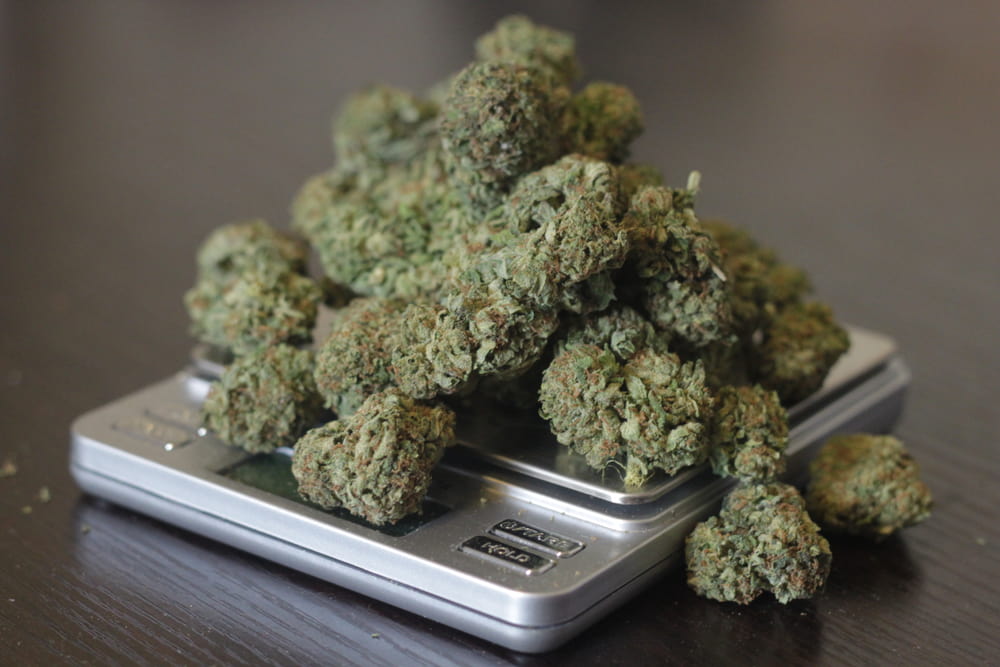 When it comes to the cost, an ounce can be anywhere between $150 to $300. This not only depends on the quality of weed being used but also the state where the weed is being purchased. For the state of Alabama, you might spend $343 for high quality weed while spending a mere $211 in Oregon.

Everyday smokers who are a little stocked with cash can prefer this amount.
Why? Because it’s much cheaper than buying smaller quantities.

Other weed measurements might include quarter pound (4 ounces of weed) also called a QP, a half pounder (8 ounces) also called a half pack or a full pound (16 ounces) or otherwise called a pack or an elbow. A pack can go up to $3000.

There are a few relative factors that result in fluctuations in the amount of joints you can make out of a certain quantity of weed and how much it’ll cost.

How Many Joints You Can Get

Depending on the potency of your bud, you may need less or more of the weed to feel its effects. Some joints only need 0.33 grams to take effect, which means you’ll get 3 joints out of a 1 gram flower. On the other hand, even 0.5 grams of weed might not have much of an effect.

How Much It Will Cost

The prices of all flowers, irrespective of their quantities, are relative. It depends on multiple factors like the quality of weed, the state in which it is being sold and how easily available the flower is.

The better the quality, the more the cost. You have to pay more for organically cultivated and slowly cured strains while low quality strains won’t cost you a fortune. To check the quality of buds you’re buying, look at the following:

Appearance: Good quality buds have bright colors and are covered with a glistening layer or trichomes.

Touch: Good quality buds aren’t too dense to be rock hard nor extremely fragile to crumble between your fingers. The moisture content of your buds must make it spongy and moist but not wet.

With this guide focusing on weed measurements, you no longer have to walk into a dispensary with absolutely no idea of what you’re getting. We’ve cleared up all confusion regarding weed amounts, how much you need, how many joints can be made out of that weed and how much it’ll cost.

It is advised to remember that the number of joints and the cost of your weed are relative and depend on multiple factors.