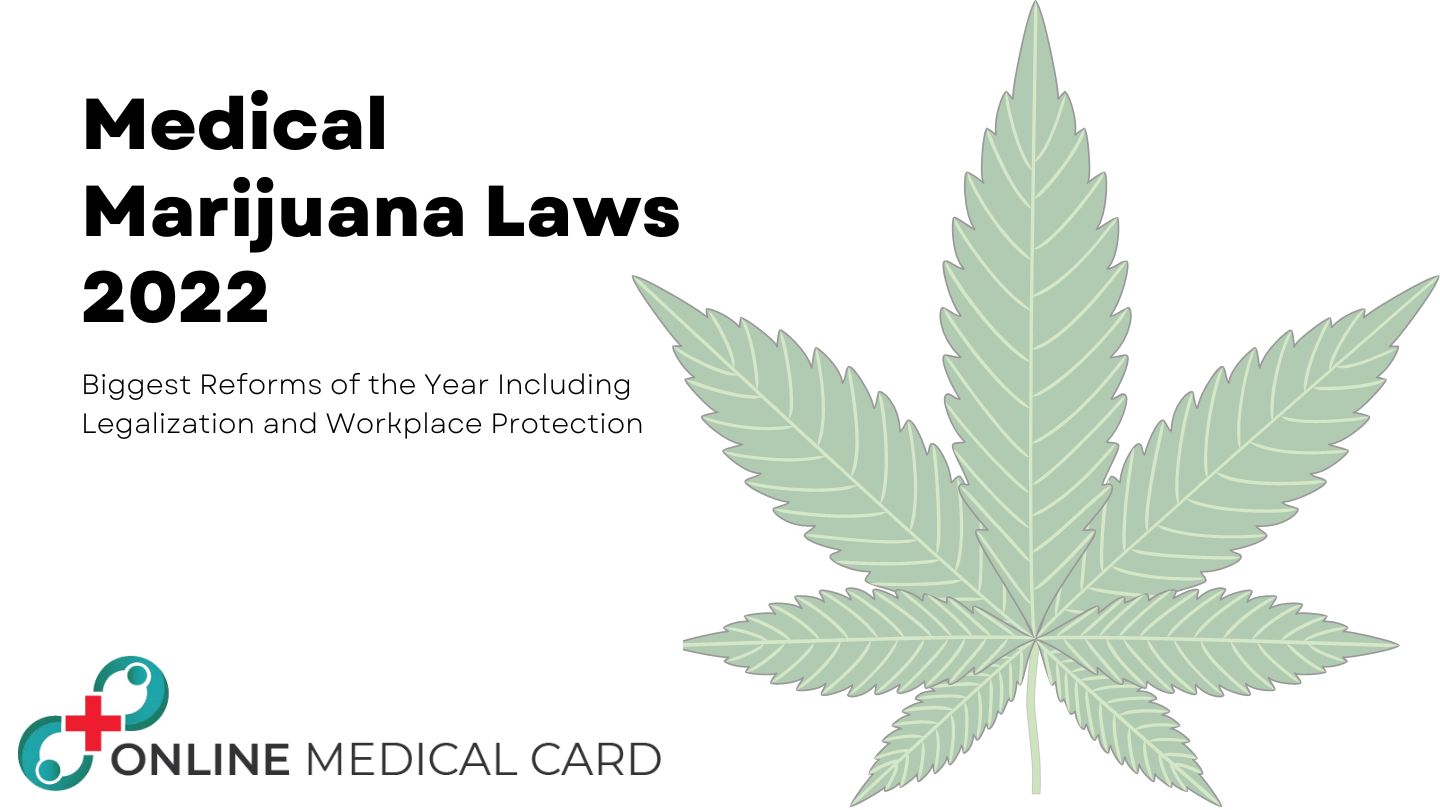 2022 brought a number of good news for medical marijuana users across the country. Many states underwent great reforms in their medical marijuana laws. Some states legalized adult use while others granted workplace protections to employees. Still others brought policy changes to enable consumers convicted of cannabis-related offenses to have their criminal records expunged. Organizations and lawmakers throughout the country remained active this year to challenge the status quo and bring reforms. As of now, 21 states have legalized recreational use and 37 states allow access to medical marijuana. These reforms came as a sigh of relief for a vast majority of Americans who have suffered due to strict prohibition laws. Notable reforms are summed up in the following sections.

A number of states brought policy changes ranging from legalizing adult use to protecting consumers from discrimination at the workplace.

Some of the key highlights are as under:

As a result of Amendment 3, consumers will be able to purchase and possess up to 3 ounces of marijuana at a single time beginning December 8, 2022. Consumers have to be 21 years of age to be able to purchase. Government issued photo ID will be required to purchase adult use products. Individuals convicted of marijuana-related non-violent offenses will have their criminal records expunged. Consumers will now be allowed to grow plants for adult use at a closed facility within their residence. Changes are made in the medical program also. Licensed nurse practitioners are now allowed to certify patients. Patient ID cards issued after December 8, 2022 will expire after 3 years instead of 1 year. Under the new law, patients no longer require proof of Missouri residency to apply for patient ID cards. The new law allows an individual to be a licensed caregiver for up to 6 patients.

The new legislation permits individuals at least 21 years of age to legally use and possess marijuana. Beginning July 1, 2023, adults will be able to possess up to 1.5 ounces of marijuana and/or 12 grams of concentrates. The new law permits adults to grow up to two cannabis plants in their homes for personal use. It should be kept in mind that adult use will be allowed starting July 1, 2023. Till then, civil penalties will apply on possession of up to 2.5 ounces.

With the signing of the “Rhode Island Cannabis Act” into law, adults (21 years or more) are allowed to possess and purchase up to 1 ounce of cannabis products. Consumers are allowed to possess up to 10 ounces at home.  The Act also allows individuals to grow up to six plants at home. The new law also provides for automatic review and expungement of past criminal records.

When it comes to employment protection for medical marijuana users, there are many gray areas in state laws. Most of the states do not have specific laws to protect employees from discrimination on the basis of using medical marijuana. Employers have the discretion to not hire or fire medical marijuana users because it is still a schedule-1 drug under the federal law. Most of the time, the courts also decide in favor of employers. There are a few states, however, which have laws to protect employees from discrimination. These states include Arizona, Arkansas, Maine, Connecticut, Nevada, New Jersey, Delaware, D.C, Maine, Minnesota, New York, Oklahoma, Pennsylvania, Rhode Island and West Virginia. Nevada and New Jersey are the only states which protect recreational users as well from discrimination. Having said that, states grant employers to maintain a drug-free workplace and employees are not allowed to work under the influence of the drug.

According to NORML’s report, states which have taken measures for workplace protection in 2022 are:

California passed an assembly bill which makes it unlawful for an employer to discriminate against or penalize an employee if the discrimination is solely on the basis of a positive drug test. However, only those employees are protected by this law who use the products away from the workplace.

Louisiana also passed a law which provides job protections to qualified patients who use marijuana for medical purposes and away from the workplace. Consumption at work is still strictly prohibited.

The new law provides protection to patients using medical cannabis and prohibits employers from taking punitive actions against employees who use the products at home according to law.

Under the new law, employers cannot refuse to hire, fire, demote, fail to promote or penalize an individual due to his status as a medical cannabis patient or using the products at home.

Following significant changes were made in different states regarding the medical marijuana laws:

The new law prevents any local ban on delivery of medical marijuana in order to enable patients to get quality products legally. Another law prohibits physicians and surgeons from denying treatment or medications to medical cannabis patients. This law also protects physicians and surgeons from punishment for recommending medical marijuana to a patient having the qualifying conditions.

Under the new laws, physicians are allowed to consult with their patients via telemedicine and certify them online.

Mississippi also witnessed a landmark development with the passing of Senate Bill 2095. Under this Act, a medical cannabis access program will be created. Qualified patients will be allowed to buy 3.5 grams of cannabis flower or 1 gram of cannabis concentrate per day from a licensed dispensary. The  monthly limit is 3 ounces of cannabis flower.

Utah passed a law to include acute pain as a qualifying condition, thereby expanding patients’ access to medical marijuana.

The medicinal properties of marijuana plants are more than obvious in the present day. It is a natural medicine which is helping numerous patients to cope up with their conditions. Due to its amazing utility, more than two-third of the states have allowed the use of marijuana in some form. On a federal level, however, it is still illegal and strictly prohibited. Luckily in 2022, we saw signs of progress on the federal level as well. President Biden signed the Medical Marijuana Research Bill, allowing and enabling scientists to conduct research about how the plant is useful for human health. State governments are also updating the previous laws and bringing in new ones to facilitate patients and expand access to medical marijuana. These steps will pave the way for more inclusive programs and more patients benefiting from nature’s medicine.