Cannabis has brought thousands of people together. It has helped them find their voice and experience the love and genuine pride of individuality that was once missing. At least that’s how a multitude of LGBTQ+ consumers look at cannabis.

This is why, when queer-led cannabis industry leaders come together to set up a consortium of sorts to give their queer companions a stage, it becomes worthy of coverage.

The team of Online Medical Card couldn’t think of a better way to end Pride month than by giving center stage to those who made history with the first-ever queer-led cannabis consortium.

The Queer Cannabis Club is the product of multiple queer cannabis leaders coming together to take a stand for their community. The club was first founded by the owner of Farnsworth Fine Cannabis, Alexander Farnsworth during the pride month of June 2021. However, what came next was a shutdown of their Instagram page because of community guidelines. This, in the midst of the grand opening and pride festivities, led to the realization that they needed a platform that they owned and controlled.

Farnsworth had the chance to meet with Jake Bullock, co-founder of CANN during MJUnpacked in October, and pitched the idea of working together – initiating the first partnership. With similar personal childhood fears, conservative upbringing, and coming out stories, the two set out to work together on a common goal.

The club was later joined by Jim Freeland – the Chief of Retail Development in 1906, and Michael Kusek – founder of Different Leaf. The collaboration marks an important event in history by incepting the first-ever queer-owned and operated cannabis consortium.

While the non-profit Queer Cannabis Club was soft-launched in the summer of 2021, its public debut was at the Aspen Gay Ski Week in January of 2022. For two days, the Queer Cannabis Club was located in a room of the W Aspen hotel, providing gift bags and giving the visitors a chance to talk to the founders and try their cannabis goodies. These included an issue of Different Leaf magazine, a sample of Farnsworth Fine Cannabis, and a CANN cannabis drink.

The club was started with two major ideas in mind. One, to establish a queer community in the cannabis industry that has been lacking so far. Two, to bring together artists, creators, entrepreneurs, iconoclasts, bon vivants, and everyone who wanted to support their cause.

Since both Farnsworth and Different leaf aren’t based out in metropolitan cities, the club took AspenOUT as a chance to reach a wider audience and garner community support. During the 2 days that they spent in Aspen, they collaborated with AspenOut and a local dispensary to give some charitable gifts backs and 20% of all 1906 sales to AspenOUT to help out with the LGBTQ+ causes.

How AspenOUT Has Helped QCC and Other Associations

AspenOUT or the Roaring Fork Gay & Lesbian Community Fund is a Colorado-based non-profit that hosts a variety of programs and events, educational and otherwise, to support the LGBTQ community.

One of the most globally renowned events organized by AspenOut is the Aspen Gay Ski Week which takes place every January. While the week-long vacation is filled with ski events and parties, it is more than just that. A fundraiser by purpose, all funds raised during AGSW are given back to the LGBTQ+ community through grants, programs, and scholarships.

Apart from the Gay Ski Week, AspenOut has been an organization that takes a step forward anytime there is a complex issue threatening their community. From mental health support to students to local fundraisers for multiple purposes, AspenOut has been promoting tolerance, understanding, and diversity through its acts. 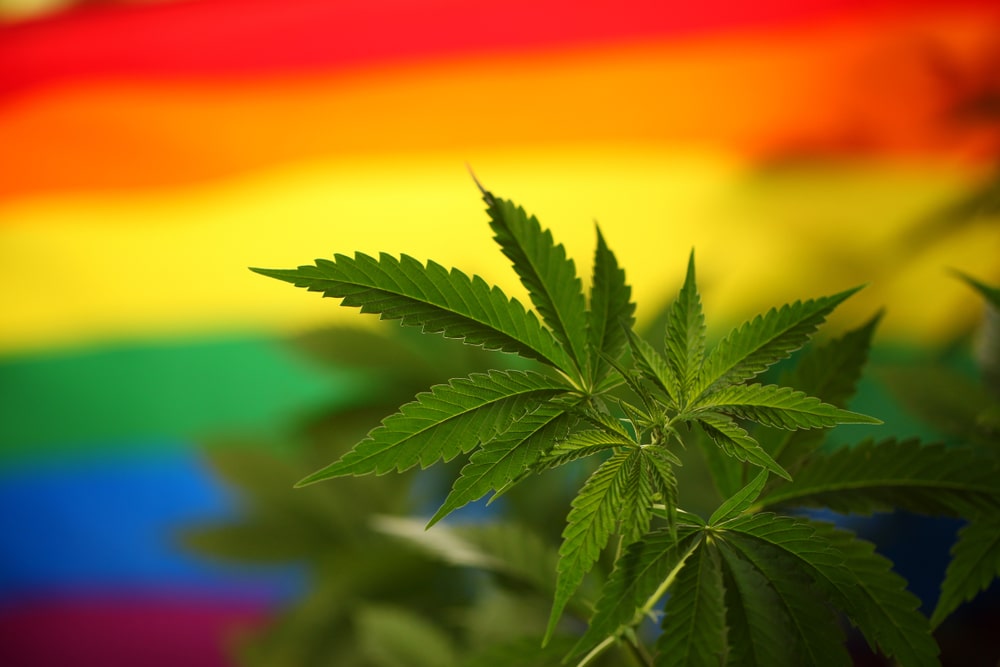 What started out as a way to meet and dance in bars with other men turned into a fight for gay civil rights for Coloradans and Americans in general. That’s the legacy of the Aspen Gay Ski Week.

The mid-1970s marked the time when a group of locals and gay tourists began meeting every January to party. What started out as small parties in condos soon became massive annual festivities that required the help of restaurants and hotels to accommodate everyone. However, all was not blooming flowers.

In 1977, Jon Busch, a local in Aspen got into trouble for wanting to dance with another man in a local bar, even though Aspen was known to be more liberal. By 1979, Busch and some other locals had begun pushing for gay rights protection, becoming the first in Colorado to secure them.

Unfortunately, in 1992, the statewide “Amendment 2” repelled all gay rights in Aspen. This event led to a liberal outrage all across Colorado and United States, leading to a boycott of Colorado tourism. What came next was a joint effort of Aspen, Boulder, and Denver to challenge Amendment 2 – Romer vs. Evans. In this case, the Colorado Supreme Court held that Amendment 2 was unconstitutional, giving way to celebrations.

The Queer community has come far, and not without close associations with the cannabis industry. But with this consortium, more legit, cannabis-led businesses have won the chance to come forward.

Now that the Queer Cannabis club has been up and running for over a year, it is looking for more queer-backed businesses to join hands with. This means more representation for the LGBTQ+ and a chance for you to support the causes of the community.

All You Need to Know About Moldy Weed

What Is Considered as ‘High THC’?