Neurodegeneration is a feature of many more debilitating medical conditions than just Alzheimer’s and Parkinson’s. Existing data and studies show that there’s no cure of these diseases. Different medical substances can help ease out the symptoms of
neurodegenerative diseases but there is no cure as such.

One of the trending substances to be linked with the treatment of neurodegenerative diseases is cannabis. The overall research data on cannabis is quite limited including for neurological disorders which makes it very complicated to put forward a certain comment regarding different medical conditions and marijuana use.

In this comprehensive guide, we will be learning about cannabis and its relationship with neurodegenerative diseases. We will discuss all that in detail later, let us first understand neurological disorders from a deeper perspective.

What Are Neurodegenerative Diseases?

Common Examples of Neurodegenerative Diseases Are:

Did You Know: Around 50 million people suffer from neurodegenerative diseases globally

Cannabis for Neurodegenerative Diseases: Does It Help? 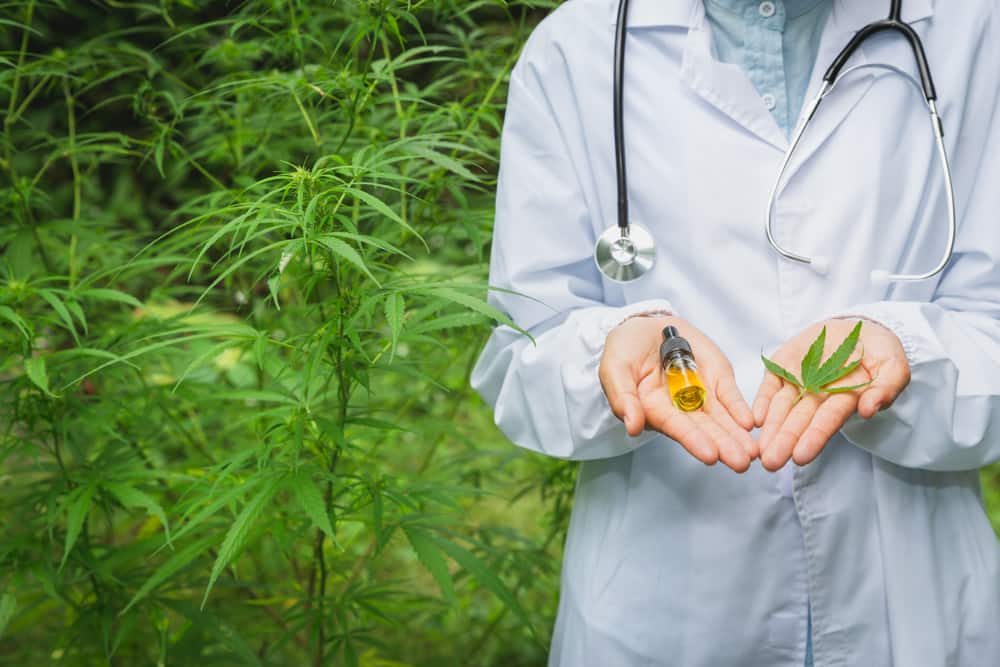 Cannabis is a complex plant containing hundreds of naturally occurring chemical entities, cannabinoids being the most prevalent ones. Also known as marijuana, the ‘herbal plant’ enjoys quite a following in the health market for its therapeutic potential. It has been used to help patients suffering from an array of ailments such as chronic pain, anxiety, inflammation, nausea, and even cancer.

Now, what is it that contributes towards its healing properties? Well, it’s cannabinoids. CBD (cannabidiol) and THC (Tetrahydrocannabinol) are two of the most prevailing cannabinoids found in cannabis plants which enjoy a dedicated following for their unique properties.

While THC is known for its euphoric effects, CBD is used to provide the feelings of calmness and relaxation. Now, CBD and THC have been linked to manage the symptoms of different diseases including neurodegenerative. Again, as there’s no cure of neurodegenerative diseases, cannabis is known to only manage some of its symptoms such as anxiety, mood swings, etc.

Mental and Motor Dysfunctions in Neurodegenerative Diseases: How Do Cannabinoids Help?

Alzheimer’s is a progressive disease that causes the brain to shrink and brain cells to die over a course of time. Being one of the common causes of dementia, it causes a continuous decline in a person’s cognitive and social abilities. As the current therapies for the treatment of AD aren’t effective enough, there is a pressing demand for more research in finding out some potential treatment to slow the progression of AD. In this regard, CBD (cannabidiol) has been actively in talks.

Various CBD studies for AD have been conducted on animal models which show beneficial effects even in chronic treatment models. One of the studies on animal models suggest that cannabinoids prevent cognitive impairments, loss of neuronal markers and abrogate-mediated neurotoxicity after the addition of betaA which further indicates that cannabinoid receptors may control the neurodegenerative process occurring in the disorder.

Parkinson’s disease is a disorder of the central nervous system that leads to shaking, stiffness, problems in walking, balance and coordination. A person with Parkinson’s disease finds difficulty in movements. Being the second most common neurodegenerative disease, it affects more than 10 million people worldwide. The symptoms of Parkinson’s get worse with the progression of the disease. Though the cause of the disease is unknown, factors like genes and environmental triggers can influence the progression of Parkinson’s.

Now, speaking of CBD research for Parkinson’s disease (PD), the scientific community has not been much active in regard to that. However, there are limited studies and data available on CBD for PD. In an animal model of PD, it was demonstrated that cannabidiol contains a neuroprotective effect as an antioxidant compound working via a CB receptor-independent mechanism.

It was also noted that CBD helps reduce the neuronal cell death in the striatum (a cluster of neurons (a nucleus) in the subcortical basal ganglia of the forebrain). Overall, it could be said that CBD exerts a neuroprotective role in regard to managing the symptoms of neurodegenerative disorders.

Multiple Sclerosis is a chronic disease that affects the central nervous system. It’s a disabling disease of the brain and spinal cord. In multiple sclerosis, the immune system harms the protective sheath that covers the nerve fibers and creates miscommunication between your brain and the rest of your body. Common symptoms include- numbness or weakness of one or more limbs, lack of coordination, electric shock sensations, blurry and prolonged double vision, etc.

Talking about CBD’s relationship with multiple sclerosis, research suggests CBD could improve mobility in patients with MS. At present, many patients suffering from MS use cannabis or cannabinoids CBD to manage their symptoms. A Canada-based study stated an interesting point that 50 % of MS patients would actively consume cannabis if its legal status and scientific evidence were more clear.

Considering all the available studies, it could be said that CBD supplementation might be advisable for patients with MS to reduce fatigue, pain, spasticity and improve mobility.

Also Read: Cannabis for Multiple Sclerosis: Is It a Viable Treatment for MS?

Huntington’s disease is a rare, inherited neurodegenerative disorder which causes the progressive loss of nerve cells in the brain. The earliest symptoms could be lack of coordination or subtle problems with mental abilities. It’s also known as a basal ganglia disease which can cause a hyperkinetic movement disorder named ‘chorea’. Symptoms like uncoordinated and involuntary body movements become more frequent with time.

Did You Know: Approximately 30,000 Americans have Huntington’s disease and another 200,000 are at risk of developing the disorder.

Amyotrophic Lateral Sclerosis (ALS), also known as motor neuron disease (MND) or Lou Gehrig’s disease, is a degenerative nerve disease that causes the progressive loss of motor neurons that control voluntary muscles. Muscle twitches, stiff muscles, increasing weakness and muscle wasting are some of the common symptoms of ALS. Patients with ALS experience problems with thinking, coordinating, walking and pain in certain muscles. Though the majority of ALS cases are said to be unknown, medical experts believe that genetic and environmental factors are involved in some or the other way.

A recent study on CBD shows that cannabinoids might be effective as neuroprotective agents in ALS. It suggested that cannabinoid treatment for ALS could possibly reduce heightened glutamate levels observed during ALS by manipulating some chemical processes. In addition, ALS treatment with CBN (cannabinol), another non-psychoactive cannabinoid via its residual accordance to CB1 receptors, might be able to postpone disease onset in ALS animal models.

Why Should Cannabis Research for Neurodegenerative Diseases Be Prioritized?

It is undeniable that cannabis does hold a great potential for both medicinal and recreational purposes. The herbal plant has been used since ancient times to get relief from an assortment of health concerns. Even after the legalization of marijuana in multiple countries, its age-old stigmatized image has been a barrier for rigorous research. Due to lack of funds for medical research, the scientist community has not been able to deeply study the long-term effects of cannabis on different medical conditions including neurodegenerative diseases. But considering its positive effects for neurodegenerative conditions such as Alzheimer’s, Parkinson’s, etc. there’s enough reason for authorities to prioritize research for the use of medical cannabis for neurodegenerative diseases.

Given the fact that every year a notable percentage of people lose their lives  to neurological disorders and living with it in itself is a struggle, it is imperative to find a way that’s effective and makes the life of patients easier.