Huntington’s disease is a rare but fatal neurodegenerative condition that affects physical as well as cognitive health of an individual. There is no promising cure for Huntington’s disease and the only possible treatments are for ‘alleviating’ the symptoms. While there are several treatment options available in the medical sector, researchers and doctors are inclined towards studying the effectiveness of cannabis for Huntington’s Disease and if it can serve as a natural, safer alternative to the conventional treatments.

Cannabis for Huntington’s Disease Is It an Effective Treatment?

The use of cannabis for Huntington’s Disease is more along the lines of management instead of a complete cure. It is considered as a possible treatment option for HD due to its success in the treatment of other medical conditions. From commonly experienced symptoms such as chronic pain and stress to severe, incurable conditions such as AIDS and Parkinson’s disease, medical marijuana has become one of the alternate treatments that can help by reducing the severity of the symptoms.

It leads one to believe that cannabis for Huntington’s disease might be a plausible option too. But, how? Let’s find out.

How Can Marijuana Help? 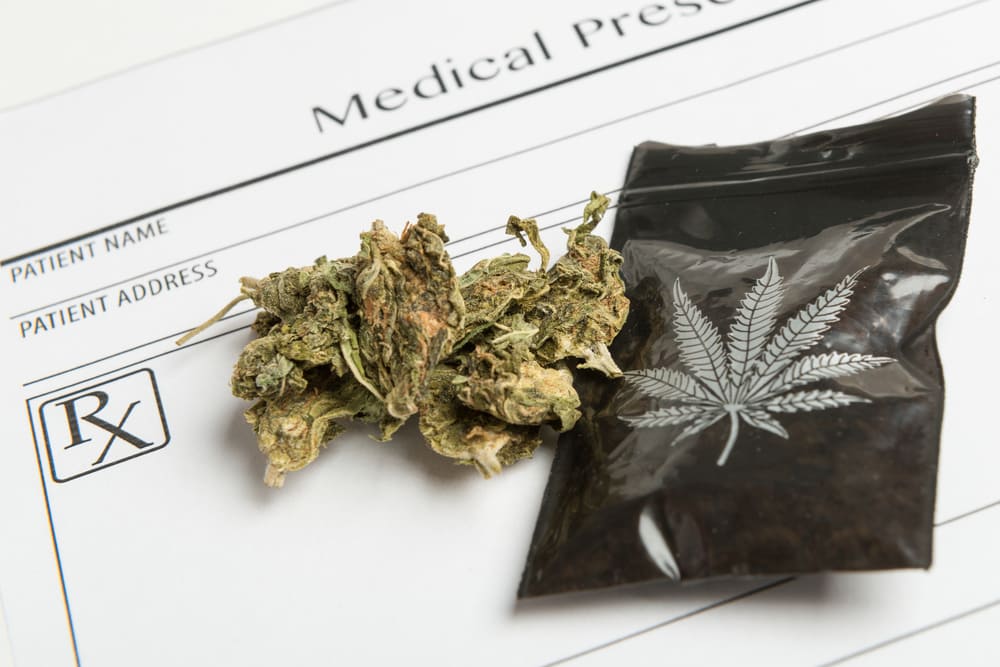 In addition to that, they experience dystonia. Dystonia is a disorder, a symptom in this case, in which the muscles get overactive and contract involuntarily. The muscle spasms can be painful as the severity increases and interfere in the functioning of the body.

There is an adequate amount of research and studies available online that suggest the plant has neuroprotective properties and thus the potential to treat or manage neurodegenerative and movement disorders like dystonia and muscle spasms.

Getting diagnosed with an incurable, progressive disease can impact mental health negatively. It starts with general stress and may lead to a more severe condition of depression. Even though depression is a common mental health condition, combined with a serious disease like HD, it can be dangerous for the patient.

Use of cannabis is also “positively associated with depression, the onset of panic attacks, psychosis, schizophrenia, and suicidal ideation.”

Mood swings can either be a frequent change in mood or a sign of something serious. People having Huntington’s disease may experience mood swings. It may initially be mild but with the progression of the disease, they may get worse.

Marijuana is known to enhance mood. Evidence in the form of both scientific research and anecdotal records available online are in favor of the green plant. The endocannabinoid system is primarily responsible for pain, stress, and mood. This is why cannabinoids can influence the central nervous system and promote a better mood and stability by binding with the cannabinoid receptors.

Seizures are a common symptom in juvenile onset cases of Huntington’s disease. However, they may develop in some adults as well. Primarily associated with epilepsy, seizures can be defined as electric disturbance in the brain and can be of various types. Use of medical marijuana and its derivatives to treat epilepsy is prevalent. Especially after the FDA approved Epidiolex which is a hemp derived drug used to treat seizures. This in itself is a strong proof that cannabis can help manage seizures.

Fatigue, weakness, and dizziness are expected symptoms when someone suffers from a neurodegenerative disorder like Huntington’s disease. Decline in movement can cause fatigue and muscle weakness, which can result in chronic joint pain, dizziness, and overall feeling of tiredness.

Medical marijuana has been studied as a potential treatment for chronic fatigue syndrome. It, in fact, has been studied for Fibromyalgia, a condition that has similar symptoms as that of chronic fatigue pain. The studies showed positive results that were in favor of use cannabis for the same suggesting that the plant can help with fatigue and its symptoms.

Sleep pattern disorders in people with Huntington’s disease are pretty common. There are several studies and surveys that have recorded patients’ experience at night. A number of studies suggest that patients find it difficult to sleep and wake up abruptly at times, often feeling anxious and in pain.

Well, there is an adequate amount of research that states medical marijuana can be an effective treatment for sleeping disorders. Besides providing sedative effects, Indica strains of marijuana are known to promote relaxation, calmness which further helps enhance the quality of sleep. Again, there is reliable evidence, both scientific as well as anecdotal that supports the use and effects of cannabis for insomnia and other sleeping disorders.

Cannabis for Huntington’s disease requires a doctor’s recommendation for legal use. Online Medical Card offers online consultations and can help you get a medical card to access cannabis for your HD treatment.

Psychotherapy to deal with emotions, stress, depression, anxiety, speech problems, and progression of the condition can help to some extent. A psychologist or psychiatrist is equipped with knowledge that can help the patient learn how to deal with the condition and their mental health. However, it is worth considering that psychotherapy cannot completely help manage the symptoms. It may serve as a good side treatment along with a reliable medication that would offer least to no side effects.

Just like psychotherapy, physiotherapy can help to some extent as well. It will help the patient in managing physical symptoms. Conditions like muscle contractions, physical pain, and problems in movement can be managed by physiotherapy. But again, it can help to some extent only. It cannot completely replace medication and a treatment that would work internally to help the patient in managing their health and symptoms.

Lifestyle Changes That May Help

Along with a treatment that would manage the symptoms, diet and lifestyle play a significant role in enhancing health. And for someone who has a neurodegenerative condition like Huntington’s disease, it becomes extremely important to have a lifestyle that promotes health because this is probably the only way in which one can make a difference. Neurodegenerative conditions can literally make one bed ridden and never let them get up. Having a nutritious diet and active lifestyle can save you from that phase of life.

Eating healthy, nutritious food more than three times a day is important. It is something that should be introduced to one’s routine even if they don’t have a neurodegenerative condition but its importance certainly increases for people who are already dealing with a deadly, incurable disease. Dietary supplements can also help to some extent. We highly recommend consulting a certified nutritionist and getting a diet plan customized according to your condition and health.

Working out may seem a lot. Especially when one experiences dizziness and fatigue because of muscle weakness. But exercising, or just moving your body is important. Otherwise it may lead to severe movement disorders or your body may completely stop moving. Yoga can be an easy and effective way of working out. It may not be extremely hard on your body but would offer you the benefits of working out.

Meditating can help one be at peace. It can help maintain a healthy mental as well as physical health and most importantly, it can allow you to have control over your thoughts, emotions and moods. Meditation is effective in developing a balance in your body and mind even if you are not suffering from a medical condition.

Which Method of Administration Will Work Best for Huntington’s Disease? 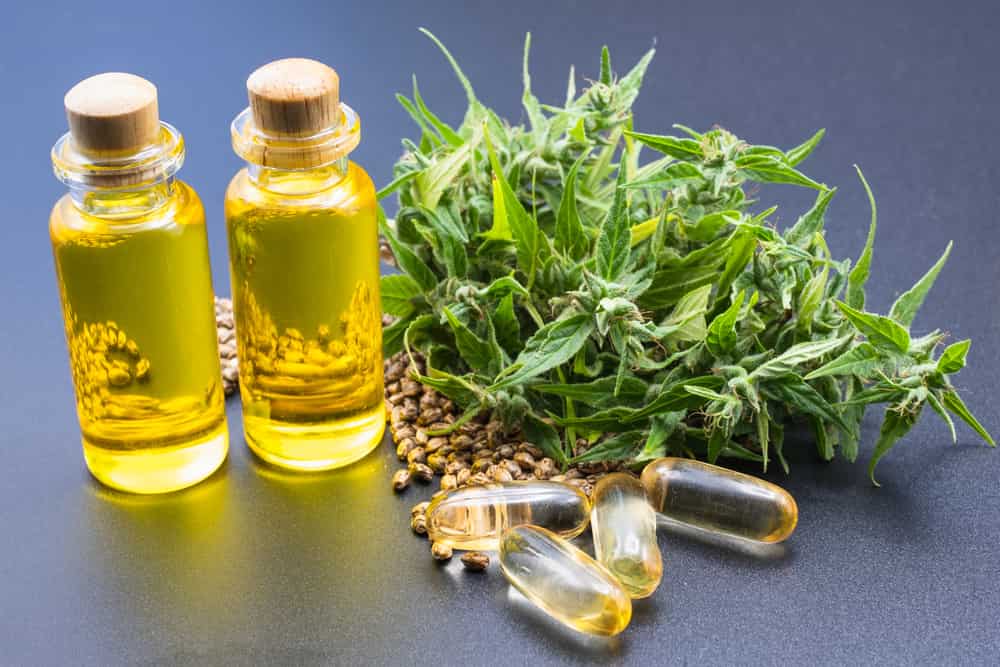 Once you have decided to consume marijuana for managing symptoms of Huntington’s disease, it is important to consider which method of administration shall work best for you. Every method has its own pros and cons and depending on your needs and requirements you can choose the method that seems most promising.

For someone who wishes to have fast and strong effects inhalation works best. The effects can be experienced immediately but they would not last for long. Moreover, smoking in general has its own side effects and that is something worth consideration. Combustion and smoke produced by burning almost anything can affect lungs. However, safer than smoking, vaping can offer similar benefits without the side effects of smoking marijuana.

Sublingual administration basically involves holding cannabis infused oil or tincture under the tongue for a few seconds so that it gets absorbed and directly enters the bloodstream. This method also offers fast and strong effects and the effects may last longer than inhalation. Moreover, it does not have any side effects. Sublingual administration can be the most promising method of consumption, especially for Huntington’s disease.

Ingestion or eating cannabis infused edibles like chocolates, gummies, or baked goods is another way of consuming marijuana. The effects are often delayed but they last longer than any other consumption method. This means that the benefit of marijuana can be experienced subtly and for longer duration. Again, there shall be no side effects as that in inhalation. But delayed effects may not favor every situation and symptom.

Topically applying cannabis or its derivatives can offer local effects. It can bypass the process of digestion hence the effects will be faster than ingestion but of course delayed if compared to inhalation or sublingual administration. Research suggests that topically applying CBD, the primary cannabinoid of the cannabis plant known for its medicinal, non psychoactive properties, can help reduce inflammation and pain.
Along with choosing a method of administration that perfectly suits your needs, we suggest considering microdosing the plant. Microdosing allows consumers, especially beginners, to get benefitted from the herb without overdosing. It also eliminates the chances of getting an increased tolerance which can lead to higher consumption.

Also Read: Less is More: A Cannabis Doctor Weighs in on The Importance of Microdosing

Medical marijuana is being used by patients to cope up with several severe conditions and Huntington’s disease is one of them. While the plant has abundant medicinal properties and benefits to offer, it is important to consult a medical marijuana doctor before self medicating. Especially if you are already using some other medications. We also suggest getting a medical marijuana card online so that you can get your hands on better quality marijuana, that is legal in the majority of the states to avoid legal repercussions.