A Guide To Understanding Medical Marijuana For Depression - October 14, 2019

Medical Marijuana has come to the forefront of the medicinal treatments administered to patients suffering from a variety of ailments like depression, anxiety, and nausea.

This increase has been attributed to the growing acceptance of medical marijuana on a state level. Preliminary research into cases linking ailments and marijuana have been promising. This has been especially true in the case of depression and anxiety.

A mood disorder, depression affects over 300 million people worldwide but still manages to go undetected in more than half of those cases.  The reason behind not getting the help they require is often related to stigma and the absence of resources to ask for help.

But things have been improving, alternative methods have been gaining traction to help manage the symptoms of depression. Keep in mind to first still go to a doctor before you start to self medicate yourself.

Understanding Marijuana – The difference between THC and CBD

The first thing to understand as with anything else is the base of it all i.e. Marijuana. Marijuana has two primary cannabinoids, One is cannabidiol (CBD) and tetrahydrocannabinol (THC). Both are cannabinoids and both interact with the endocannabinoid system, just in different ways.

THC is the compound that gives the euphoric feeling to the user and is the reason behind the “high” whereas CBD is devoid of this. CBD has been seen to have a positive interaction with serotonin, the chemical responsible for our well being and happiness amongst other things. It is widely believed that low serotonin levels are what causes depression. 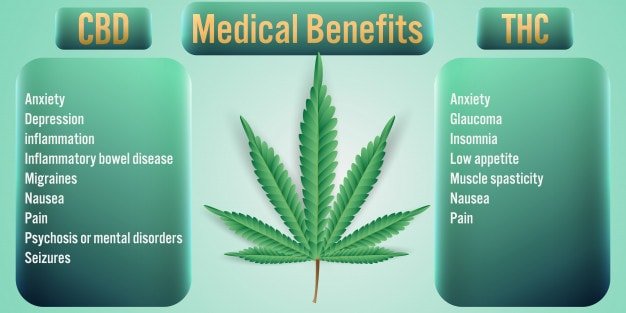 Medical Marijuana is the use of the marijuana plant and its derived compounds to treat conditions or diseases. Every marijuana plant has over 100 different cannabinoids but just two THC and CBD are traditionally used in Marijuana-related medication.

Research into Marijuana-related medication has been elusive, largely due to its classification as a schedule-I drug in the 1970s. This classification is being changed in recent times, as about 20 years ago scientists figured out that there exists a system in the brain that responds to about 60 chemicals in marijuana. This system is called the endocannabinoid system responsible for some of the body’s functions. It was from here that research into marijuana-based medicine accelerated. Various studies have been conducted since then but the existing federal restrictions still make it very hard to calculate the scope at which marijuana could help patients.

However, there has been a general consensus that most studies have arrived at stating Cannabinoids are useful in certain conditions. Pain alleviation, appetite stimulant and a stand-in to drugs for the brain are some of the uses of marijuana that are universally agreed on.

The Case of Marijuana Over Pharma

This is where the issue gets interesting, even though marijuana is considered illegal on a federal level, studies still vary on whether or not you can develop an addiction to it. Opioids or prescription drugs, on the other hand, are potentially deadly if not administered with care.

It is a well-known fact that America is facing an opioid crisis. An estimated 71,000 people have lost their lives to a drug overdose. These drugs are handed out like candy and are scientifically proven to be addictive and even then its marijuana that we cast a shadow of doubt over.

Furthermore, there are studies that have shown that opioid users use marijuana to wean themselves off opioids. This is the level of addiction that one can develop to opioids over time. A long term study by Bachhuber further concluded that states where medical marijuana was legalized there was a 25% decrease in overdose deaths. In 2010 alone legal weed was estimated to save over 1,700 lives.

Understanding the Research behind Medical Marijuana

There is a lot that has not been understood about Marijuana but as mentioned above there are some concrete conclusions that have been reached.

Over 100 cannabinoids have been identified in cannabis but there are just two that are extensively researched on THC and CBD. These bond to the body’s receptors called CB1 and CB2.

Research into CB2 receptors has shown to reduce pain that equates to the effects of morphine without the high and that can create an alternative to narcotics behind the opioid crisis.

According to a report by the World Health Organisation In human CBD alone has not found to have any indicators of dependence or abuse potential. Also till date, there has been no evidence of any health-related issues cropping from the use of CBD.

On the contrary, there have been multiple studies highlighting the ease in living that CBD brings in patients suffering from rheumatoid arthritis, multiple sclerosis. nausea, anorexia, chronic pain, chemotherapy side effects, and chronic pain.

Risks Associated and the Side Effects of Medical Marijuana

Research into the adverse effects of Marijuana is sparse at best. For a true understanding of long term effects, Marijuana first needs to be accepted on a federal level and only then can extensive research take place.

We do have some preliminary data that we will talk about. Keep in mind that these points apply to Marijuana as a whole and not isolated CBD compounds. Most issues that crop up in usage are due to the high THC levels and the mixing of tobacco when consumed. But as research picks up pace these findings may or may not change.

Adverse effects are also more prevalent in findings as research is conducted around marijuana smokers and not patients consuming it from a medical perspective. As research is on recreational usage medicinal value gets diluted.

Heavy recreational usage of Marijuana has been associated with loss of short term memory. This happens primarily due to the way marijuana hits the hippocampus.

Cannabis is regarded as a drug but it is essential to understand the makeup of this “Drug”. With varying components know that it is CBD you’re looking for the “ Non-addictive”, “Non- psychoactive” agent for your medical needs.

These arise from the consumption method employed by the user. As smoking is in itself an at that contains toxic chemicals, it is natural that smoking too much marijuana is also not a good idea. But there are various methods that can be used by a user to ensure that these issues don’t arise.

How To Consume Medical Marijuana

We have established that even though the most widely used form of consumption is smoking, it necessarily isn’t the best. Medical cannabis works as a boon for a large number of users who depend on it to get through day to day activities.

A highly concentrated form of Marijuana, it is a mixture of alcohol and water used to extract a  plant (Cannabis) compound. It is available commercially as well as can be made at home. Take a couple of drops under the tongue and you’re good to go.

This is great for children and adults alike.

One of the most widely consumed forms of medical marijuana, it is difficult to downplay the appeal of a dessert as medication. In the beginning, it was very difficult to figure out the exact dosage of an edible. However now due to increased awareness, that issue has been resolved. The high is drastically different from that of smoking as it kicks in a lot later and stays a lot longer.

Created along the same lines as that of essential oils, this is another highly concentrated form of medical marijuana. It is very easy to take the wrong dosage due to its potency but it is highly effective. The trick to using oil is developing tolerance and then decide on your dosage.

This is the gateway to marijuana usage and is really good for the localized use of marijuana. These are highly recommended for people with chronic pain. With options ranging from salves, ointments, lotions, and sprays, you really are spoilt for choice in this section.

This is the oldest form of consumption in medical cannabis. Also a highly effective form of treatment. Rolled from combining tobacco and cannabis. It is not very discreet and discouraged to be used by kids. Finding the correct ratio is important as it might end up adversely affecting your health due to the tobacco content.

If tobacco is not your game then you go the other way and try vaping. Using cannabis or oil, steam is created which is then inhaled through a special device. It is a discrete option as you inhale steam instead of smoke. Vaping has grown into an entire movement, with vaporizers available in all conceivable shapes and sizes.

Research for marijuana and depression is in its preliminary stages. But even this research has been promising. Beginning with balancing out the serotonin levels which will, in turn, restore normal endocannabinoid function of the brain.

Further links are being found between depression and chronic stress and the use of marijuana to combat it. Naturally occurring chemical compounds in the brain are the source of most of the research being carried out at the University of Buffalo’s Research Institute on Addiction. 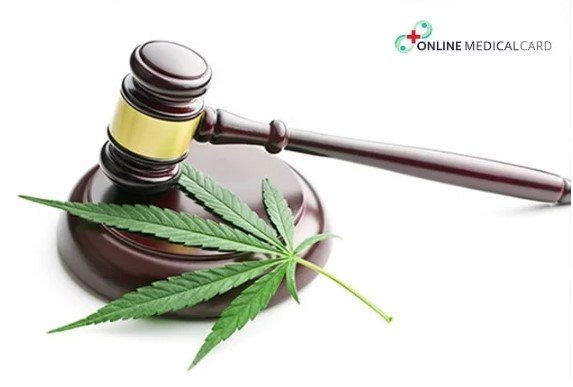 On the federal level marijuana is still illegal. Which means that no crossing state borders with marijuana on you. On a state level, the rules vary. Some places have allowed recreational use whereas some others have only allowed medical administration.

For more information, you can check out our guide for statewide laws.

How to Get Marijuana

Another tricky aspect is how do you get your hands on marijuana to help yourself and those around you. You can go to a dispensary and get your hands on some cannabis or you can procure a Medical Marijuana Card.

Now since the rules are made statewide there is a lack of uniformity surrounding the advantages of holding an MMJ card but a general overview is given below.

A medical marijuana card allows its users to grow marijuana in a 100-meter space(with certain restrictions) in California. This card also increases the carrying limit of marijuana to 8ounces.

As we are aware that the potency of strains varies and to alleviate the pain it is important that one gets hold of some potent strains. With an MMJ card, you gain access to stronger strains that cost less.

Above all, with an MMJ card, you have the ability to save money. If you live in a state that allows medical marijuana and holds an Online MMJ card you can avoid excise and retail taxes.