Is it safe to smoke weed on antibiotics? Well, to answer this in the simplest of words, using cannabis while on antibiotics may or may not be safe as it may get harmful or life threatening though only in extremely rare cases.

Cannabis and prescribed medication often do not go well together. Cannabis may be a therapeutic herb but it may also interact with certain medications and lead to uncomfortable scenarios. And antibiotics are no different. They are all chemicals and can react with one another leaving you with undesirable symptoms.

Now, to understand the possible adverse effects antibiotics and weed could have on the body of the user and to pinpoint the exact interactions, go through this blog carefully.

Weed and Antibiotics: Can They Be Used Together? 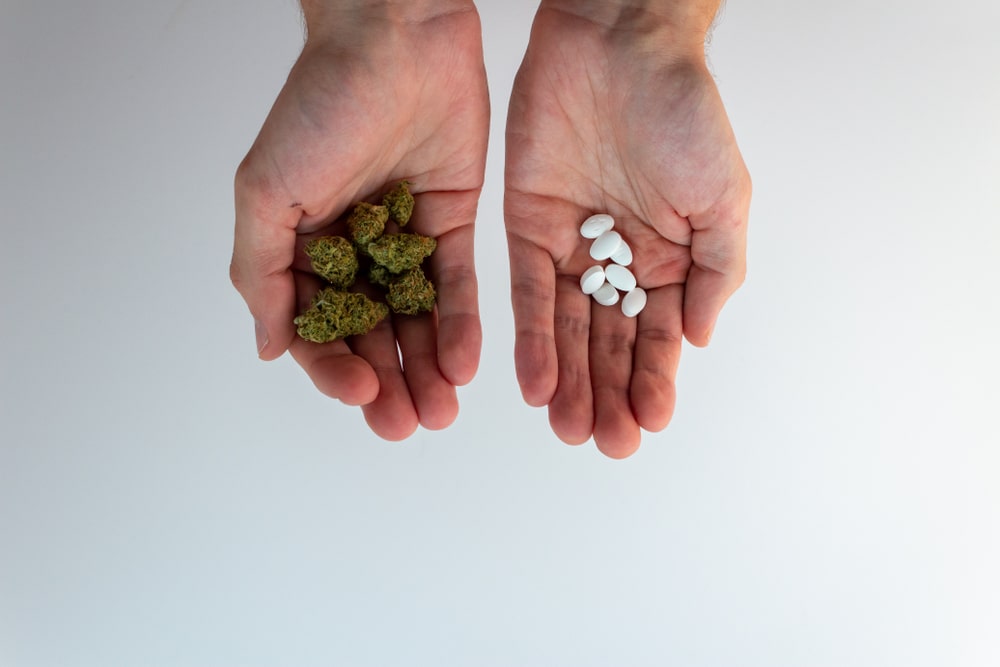 Cannabis and antibiotics, both are individually used to treat or manage medical conditions.

Medical marijuana or cannabis has introduced people to new and natural methods of treatment for serious health concerns like insomnia, chronic pain and arthritis instead of the traditional ones. Where there were no other options for treating health disorders apart from taking heavily medicated allopathic pills, now patients can choose medical cannabis as a preferred method of consumption and heal with the help of naturally occurring compounds found in the cannabis plant.

Antibiotics, on the other hand, are medicines that people take when they are suffering from bacterial infections to both treat as well as stop the spread of the infection. There have been many studies conducted on the understanding, usage and effectiveness of antibiotic medicines in the treatment of many bacterial infections ranging from a strep throat to urinary tract infections.

This means that at large the user has the utmost control over their choice of treatment. While going for any of the two medications given above, they may need to understand the interactions that would take place between marijuana and antibiotics as separate entities if consumed together as this will help them in administering the right medication. What are these interactions and how exactly will marijuana affect antibiotics or vice versa? Let us understand this in detail below.

How Does Marijuana Interact With Antibiotics or Similar Drugs?

Well, it is true that marijuana interacts with antibiotics and similar drugs. In some cases, the interaction between cannabinoids and antibiotics can render either or both ineffective. In other, the levels of prescription drugs may increase or decrease in the presence of cannabinoids. In either case, there were no reported case of any harmful or extreme reactions in the body. But, there exists little research on the subject of cannabis interactions with antibiotic medication.

However, some studies do help us get a closer look at this widely debated topic. So, lets look into some existing data that provides elaborate explanation on the interaction between antibiotics and weed.

The Pennsylvania State University conducted several studies on the interaction between antibiotics and weed and has concluded that ‘cannabinoid-containing products may alter the effects of some prescription drugs.’ The university identified 57 prescription medications that have the potential to be impacted by cannabinoid use. In addition to this, a comprehensive list of 139 medications with a possibility of interaction with cannabinoids is also released and available online.

Experiments conducted by the Department of Health, Columbia list certain interactions between cannabis and the most commonly taken antibiotics or drugs. These have been enlisted and presented in Table 1.

A study conducted by the National Institute of Health, titled – ‘Medicinal Cannabis- Potential Drug Interactions’ explains that several in-vitro and in-vivo studies indicate that ‘cannabinoids may act on  P450 isoenzymes’ which has an effect on the metabolism of many drugs. In simple words, drugs are metabolized through multiple pathways. In some cases, drugs have similar pathways to cannabinoids and thus compete for the same receptor site. As a result, the potent inhibitor dominates and prevents complete metabolism of the other.

The whole phenomenon of drug interactions with medical marijuana is still isn’t clear due to the limited research. With the recent evolution and changes a huge gap in the system has been created and it will only go away when one would successfully present more valid studies that will help the patients in a great manner by presenting them with bare facts.

Can You Smoke Weed on Antibiotic Medication?

You can smoke weed on antibiotic medication only when approved by your physician. As several studies indicate, prescription drugs have the potential to interact with cannabinoids. So, if your medical condition requires you to use antibiotics and weed at the same time, it’s best to consult a physician for the same.

With the help of telemedicine, you can now connect with reliable clinics such as Online Medical Card and get professional guidance at home. The doctor will evaluate your condition and help you understand if you can smoke weed on antibiotics or not.

From the little that we know, it can be said that medical cannabis doesn’t really have any severely adverse effects on the user when taken alongside antibiotics However, as doctors have established that grapefruit has similar metabolic processes to CBD or cannabis, whatever medication is not advisable to be taken with it should also not be taken with medical marijuana. This tip can help you avoid unfortunate incidents.

What Are the Risks of Consuming Cannabis With Antibiotics? 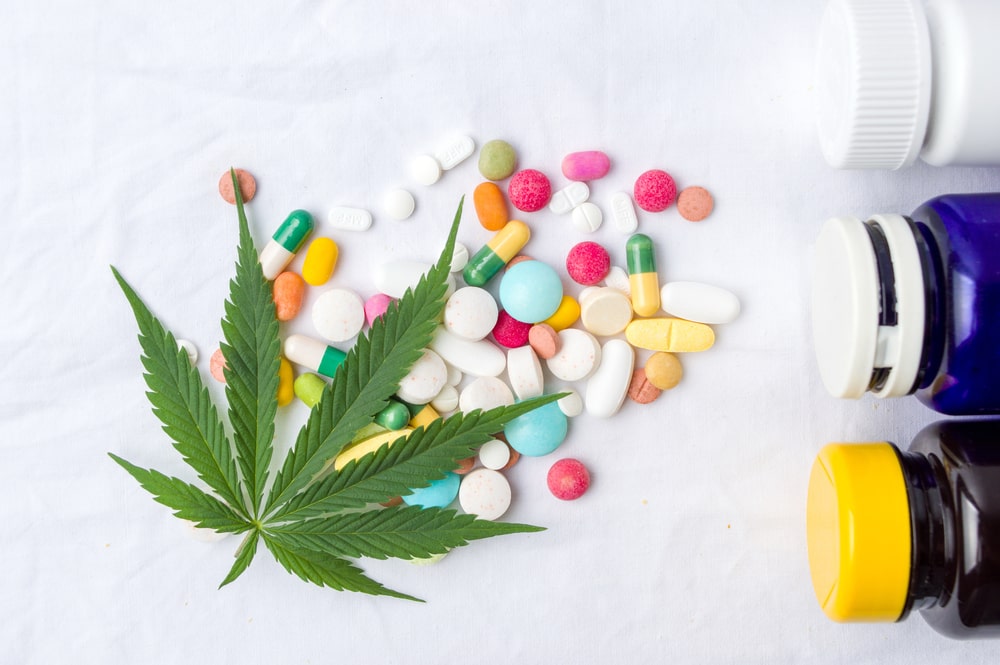 Using cannabis with antibiotics may not be life threatening but it can cause discomfort to those who use both as a medication.

The first side effect is ineffectiveness. As discussed already, if a certain antibiotic shares a metabolic pathway with cannabinoids, it is possible that you will not get the full potential of the drug.

In addition to this, you may experience the following short term side effects:

In such cases they need to consult a health professional or a cannabis doctor nearest them who can guide them in the right direction.

Also Read: How to Find a Cannabis Doctor Near You?

Cannabis Alternative While on Antibiotics

CBD isolate is the best alternative to cannabis while on antibiotics. CBD isolate has no possible intoxicating effects and can be ideal for those who want the therapeutic benefits without feeling high. It also significantly decreases the possibilities of negative reactions of cannabis with prescribed drugs or in particular antibiotics.

In addition to this, many other studies have closely observed the antibacterial properties of cannabinoids such as CBD and explain its effectiveness in treating bacterial infections on its own. These studies are encouraging the use of cannabis for various health issues for everyone. However, it’s best to prioritize a visit to the doctor before trying anything.

Sometimes the answer to a question isn’t a simple yes or no, it has many layers, a lot of considerations that have to be thought out to make a well informed decision. In essence what matters most isn’t to always be right, it is to eventually find the right direction and walk ahead with that mindset.

What we have done is gathered all possible information for you about whether it is safe to consume marijuana while taking antibiotics. Your job now is to consult your doctor and make the right decision that would be most beneficial for you and to take every point mentioned above into consideration.