Medical marijuana refers to the use of whole unprocessed marijuana for the treatment of various ailments by patients. It is usually consumed in proper dosage and prescribed by a professional doctor. Medical marijuana was the first use of the cannabis plant.

Here are some of the key points that differentiate medical marijuana from recreational marijuana: 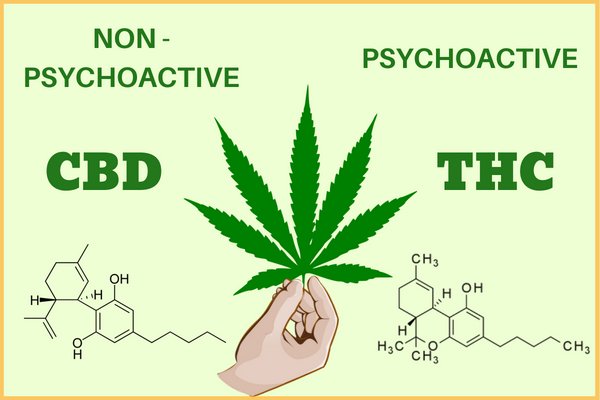 Medical cannabis and recreational cannabis can be differentiated on the basis of their THC and CBD content. Medical marijuana is mostly used for its therapeutic and healing properties, they contain a high level of CBD (cannabidiol) with little to no THC (tetrahydrocannabinol) content. THC is the compound that is responsible for producing a feeling of “high” or euphoria. It is present in extremely high levels of recreational marijuana.

The complicated legality of cannabis means that those in possession of weed for personal recreational use can face serious fines and/or jail time in most parts of the U.S. Even medical patients that have a prescription require a medical card to fully access safe marijuana use. For example, in Florida, Florida medical marijuana cards are a must for legal medical marijuana use. However, the reality is that for as long as cannabis for recreational use is restricted, there will be more individuals that will turn to medicinal marijuana.

The way marijuana is grown and cultivated ultimately determines whether it will be used for recreational or medical purposes. Medical marijuana is usually grown indoors where the grower can have full control of its environment. It is also grown organically and free of pesticides so that it is safe for consumption by patients. Recreational marijuana is usually allowed to grow wild outdoors with little or no aftercare. 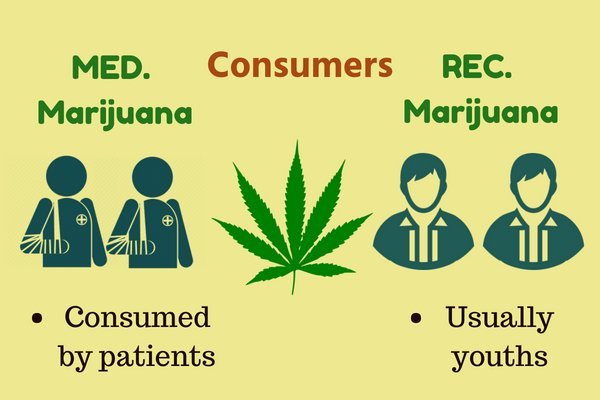 With the legalization of medical marijuana, it can be availed from state-approved dispensaries or shops. You must purchase from one of them or you can be held by the police even if your marijuana is legally prescribed. The law also allows you to grow your own marijuana at home. However, recreational marijuana is usually hard to get because of its illegal use. There are many websites that sell it online but it can be risky as the process and method of its cultivation is not known. It is advisable to purchase them from reputed owners and sellers only.

To know more about the types of seeds, indoor/outdoor, and their purposes, visit the website.

The recreational market charges taxes that are near double as compared to that of the medical one. In California, all marijuana sold is subject to a 15 percent excise tax. On top of that local sales taxes are also applicable which average around 8-10 percent of the total retail price. Recreational cannabis shoppers also pay state sales tax in addition, which typically runs between 8 and 10 percent. That means medical marijuana consumers are generally paying at least 20 percent tax on every purchase, and recreational consumers are paying as much as 40 percent.

Due to limited access, recreational users are ready to pay a greater amount for the consumption of marijuana. For example, in the state of Nevada, the price for recreational users include a tax of 18.25% whereas for medical users it includes 8.25% taxes. Although a 10% difference may seem harsh at first glance, it should be remembered that some people require medical cannabis for serious illnesses and medical conditions rather than for enjoyment.

Around 160 million people in the world make use of marijuana in some form. Different cultures around the world have been using the marijuana plant for as long as recorded history. Owing to the numerous benefits of cannabis, it’s time to reclassify cannabis as a wellness product as opposed to a medical or recreational drug.