That intense, throbbing and pulsating pain occurring in the head! It’s frustrating and breaking away your concentration at work.

You aren’t alone. In the United States, over 38 million people suffer from migraine disease. However, the number may be even higher, estimating as many as 50 million Americans. Some studies say about 12% of adults in the county have migraine.

How Does Medical Marijuana For Migraines Work?

Enduring migraine pain can be a grueling task; especially the chronic ones involving cluster headaches; often concentrating on one side of the head, primarily around the eye region. Common symptoms include vomiting, nausea and extreme sensitivity to light & sound.

People usually resort to a wide number of medication choices like painkillers, triptans, anti-emetics, and Botox to deal with these symptoms. These treatments can be complex, expensive, and always come with a pocket full of side effects.

Marijuana, also called cannabis, is a plant, which contains medicinal properties that can cure several conditions including migraines.

In the human brain, there’s a network of cannabinoid receptors, which have complete control over how you feel pain. Medical marijuana comprises a wide range of natural compounds called cannabinoids.

When you consume it, the cannabinoids bind to the cannabinoid receptors in the body, thus calming down the pain signals. Cannabinoids are also proven helpful in managing symptoms of anxiety, muscle spasms, and many other medical conditions.

Endocannabinoid deficiency is a potential cause of migraine and other headache disorders. This results in increasing the levels of CBRP and other chemicals that lead to migraines.

However, researchers have confirmed that cannabinoids in cannabis help in platelet stabilization and inhibition of serotonin, thus may be effective in treating migraines.

THC (tetrahydrocannabinol) is one of the marijuana cannabinoids, which deliver high effects and relaxation. Another cannabinoid CBD (cannabidiol) also works for easing pain without delivering high effects. In the United States, many states have legalized CBD use for medical purposes.

What Do The Studies Say?

There’s scientific evidence that medical marijuana work for migraine patients. A study performed at the University of Colorado analyzed 121 patients with migraine headaches. The participants were given cannabis daily. About 40% of the participants reported that their headaches were cut in half every month.

The patients consumed cannabis in different ways, but most of them inhaled it and found it effective in relieving pain. Marijuana edibles didn’t seem to work well. Those who inhaled/smoked cannabis also reported that it’s easier to control the dosage and also experienced fewer negative effects.

In a trial of 3500 patients (of which 310 were marijuana consumers), the effects of cannabis in managing headaches were analyzed. Marijuana users were asked to complete a questionnaire. Researchers found that about 91% of the cannabis users confirmed that the herb helped in managing headache pain. Only 7.7% of them reported any negative effects. Additionally, 54% of patients reported using cannabis for preventing daily headaches.

It contains THC and CBD ratio of 1:20. It’s good for reducing inflammation and symptoms of migraine. ACDC also works well for anxiety and depression patients. The low THC content won’t let you feel high effects, but it can help you receive ultimate relief.

It’s a 75% dominant hybrid strain with 5:2 CBD and THC ratio. It’s helpful for patients with high levels of migraine pain without experiencing high effects. Harlequin is also popular for delivering relaxing effects, which are non-sedative.

This strain is effective in delivering the numbing sensation, which can help in reducing migraine headaches. THC and CBD count is 17-22% and 0.07-0.1% respectively.

This unique mix has medicinal properties, which can help migraine sufferers alleviate their symptoms. Users report getting uplifting effects and improving creativity levels.

Most of the patients sense the oncoming symptoms before migraine actually occur. For them, Chocolope can help in getting immediate relief. Other benefits of Chocolope are—improved productivity levels and happiness.

Risks Associated With Marijuana Use For Migraines?

Smoking cannabis can help you feel sleepy, moody, dizzy or weak. Also, smoking it regularly can cause harm to your lung and heart health as compared to other consumption methods such as vaping and oils. This is because smoking releases a wide range of harmful chemicals, which aren’t good for health.

Common side-effects associated with marijuana use are-

Other risks include incoordination, euphoria, paranoia, and imbalance.

Not everyone can use medical marijuana for migraines. Here’s a list of patients who are advised not to use cannabis- 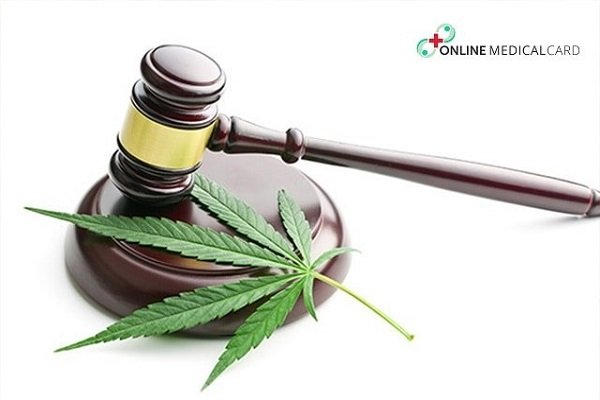 With medical researchers saying cannabis has therapeutic properties, there’s a drastic increase in the number of patients switching to cannabis. CBD is more potent than Aspirin, and it delivers pain-relieving effects as opiates.

According to the Journal of American Medical Association, there has been a 25% decrease in opioid-related overdose or deaths in states where medical marijuana is legal compared to states with no medical cannabis laws.

In the United States, 33 states allow medical use of cannabis currently. But, that doesn’t mean that anyone residing in these states can smoke marijuana. Before using the herb, you should learn about laws on procurement, consumption, and growing cannabis in your state.

To get legal permission to use marijuana for health benefits, you need to apply for 420 med evaluations at a licensed doctor. The doctor will carefully check your condition, and if you’re approved, he will provide you with an MMJ recommendation letter. You can use the letter for purchasing cannabis products from any state-licensed dispensary.

With telemedicine services, getting a medical marijuana recommendation letter has become very easy.

Migraine headaches are common among Americans. These pulsating pains can affect all corners of a patient’s life. With scientific evidence on the effectiveness of cannabis in treating migraine-related pain, more patients are turning to marijuana products for treatment over prescription medications.

In the United States, more continuous debates are going for relaxing the strict marijuana regulations. Currently, medical cannabis is legal in 33 states. To use the herb legally, you require a doctor’s recommendation. However, before using cannabis, it’s good to learn about the cannabis laws in your state.

To get the desired health effects, you should select the right cannabis strains, dosage, and consumption method. Discuss your condition with a professional doctor and seek professional advice to use medical marijuana for migraines.