How to Get a Medical Marijuana Card Near Me?

With our simple and easy 15 minutes application process, connect with the best doctors near you and get a medical marijuana card by email within 24 hours.

Consult A Doctor Now
Get a Medical Marijuana Card Online

Become a Legal Patient Through a Simple and Safe Online Process

There’s a reason why we advise getting online consultations. It’s not only convenient but also very simple. Just three steps and you are done.

Apply For a Recommendation Now!

Register on the website and enter your details in a confidential form that follows.

Soon after submission, receive the call and complete your consultation with a state-licensed medical health professional.

If qualified, you will receive a soft copy of the recommendation via email. The hard copy will be delivered through state postal services within 1-2 business days.

It can be unsafe and hectic for medical patients to go around looking for medical marijuana doctors for a recommendation. But you don’t have to do that anymore. With Online Medical Card, the best of the best medical professionals are at your doorstep.
Our safe and reliable telemedicine platform will connect you with the right doctor for consultations online. No appointments or hassle. Just visit our website, apply for a consultation and qualify for a medical marijuana recommendation all while staying at home.

Telemedicine has made it easier for everyone to get the medical attention they need. Using the same technology, Online Medical Card ensure that not only do you get a 100% online process but also a safe and reliable platform for the same. For this reason, we strive to give you –

What Are the Benefits of Getting a Medical Marijuana Card Near Me?

That said, let us look at the benefits of getting a medical marijuana card in California in detail:

The Compassionate Use Act of 1996 provides legal protection to every patient holding a medical marijuana card. This means that you can possess, consume, and grow legal marijuana without the worry of a possible arrest or legal complications.

The state exempt you from paying state and use taxes. You can save as high as 25% on medical marijuana products. The tax may vary from city to county. However, it certainly provides financial relief to patients who need to use marijuana regularly.

Looking for a Medical Marijuana Card Near You?

Look no further. Apply for a recommendation in minutes and receive your card on the same day by professionals.

What Are the Requirements to Get a Medical Marijuana Card Near Me?

As far as documents are concerned, you can either submit your state-issued ID card, driver’s license no, passport, utility bills, or mortgage statement to show as proof of residency.

On the other hand, if you fail the evaluation process, the doctor will not charge any extra fees for the consultation. You pay only on approval.

Can I Get a Medical Marijuana Card Near Me If I Have a Qualifying Condition?

A patient with a state-qualifying medical condition can easily get a marijuana card. Below are the state-qualifying conditions of California, but you have to keep in mind that the list varies from state-to-state. 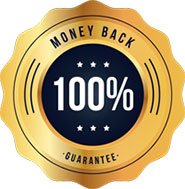 You Are Covered By Our Money Back Guarantee

If your medical marijuana recommendation issued by Online Medical Card is not accepted by the state, simply call us at (888) 988-8420 or email us at [email protected] to obtain a full refund.

Please Note: Refund will not be initiated if the request is placed after the consultation and doctor's approval.

You can verify our doctor’s license at the Medical Board of California’s website here: www.breeze.ca.gov

To register, all you have to do is sign up with the official state MMJ program online. You can visit your state website and fill a form along with details such as the uniquely generated code. This code will help the authorities recognize that you have a cannabis recommendation from a certified medical health professional and they will accept your application.

Soon after approval, you will receive your MMIC via mail. You can use the same MMIC to possess and purchase cannabis from dispensaries. Although you can use the doctor’s approved recommendation to purchase and use cannabis, registration with the state program is optional.

Get Access to Medical Marijuana Card With Our State Certified Doctors

Got some questions about our service or medical marijuana? Read along to find answers to some of the most frequently asked questions that will help you gain some clarity.

All you need is a state-licensed physician to write a marijuana recommendation for you. However, you also need to understand that finding a state-licensed doctor is not easy. People seek easy and convenient services online and often end up falling into the trap of forged services.

But it goes without saying that you will be able to get a medical marijuana card more quickly and conveniently through online services. The question is about finding online marijuana providers that are not only legit but also helps provide cannabis-related services in the best way possible.

The quickest way to get a medical marijuana card near you is through an online evaluation process. There are several telemedicine platforms out there, however, it is vital to get your evaluation from a state-licensed health physician. Make sure that the online service provider must have a physical location of the clinic and doctors with state approved licenses.

Online Medical Card can help you get a legit medical marijuana card or recommendation. They have a systemized telemedicine process in compliance with the HIPAA guidelines. You simply have to fill a form online and talk to a doctor via video call. Upon qualification, you will receive a medical marijuana recommendation from a state-licensed medical health professional in under 20 minutes.

In addition to this, Online Medical Card also has a team of state-certified doctors and other medical health professionals that will help you throughout the process. You will get a written recommendation on the doctor’s letterhead without having to leave the comfort of your home. And the best part is that patients pay only if they qualify. Those who fail the evaluation process do not have to pay the consultation fees.

On qualification, the patient will receive a medical marijuana card or a recommendation in the PDF format. The recommendation will consist of details such as the health physician license no, the date of issuance and expiration, and details about the patient. Overall, a license no will help you understand whether your doctor is legit or not.

There are a few points that you must remember to identify a legit doctor from an illegit one:

As per California state laws, only registered doctors in that state are allowed to provide a medical marijuana card. Doctors such as the medical doctor (MD), a doctor of osteopathy (DO), nurse practitioner, a doctor’s assistant, a health physician, and a medical health professional with a valid license can write recommendations to patients who have a qualifying medical condition.

However, you have to keep in mind that the laws vary from state to state. So, check in with the marijuana laws of your state to avoid any legal confusion and connect with the right doctor everytime.

We can help you avoid the hassle of finding the right doctor for a medical marijuana card. With just a click, you can connect with state certified medical professionals who are trained in medical marijuana.

These services will either provide recommendations through state-licensed doctors. The only exception, in this case, is that you don’t have to register under the state medical marijuana program to access cannabis in California.

Whereas, states such as New York require you to follow a certain set of rules. For example, you cannot avail of medical marijuana until you have registered under the state medical marijuana program. While these rules vary from state to state, the rule of possession is almost consistent in states who have legalized marijuana fully.

Medical marijuana cardholders can grow up to 8 ounces of dried marijuana and concentrates. In contrast, recreational users can possess 1 ounce of marijuana and they cant carry both concentrated and dried forms of flowers at the same time.

To put things into perspective, here’s an example. If you are carrying 4 grams of concentrates, you are legally allowed to carry or possess 14.25

Other laws related to marijuana state that smoking in public areas such as educational institutes, youth centers, parks, museums, shopping malls, main streets, and big congregations is a punishable crime. If you are ever found doing the same you will be charged with a hefty fine.