An inability to speak properly and present your thoughts in the right manner is one of the most common characteristics of autism spectrum disorder (ASD). It’s a developmental condition affecting a person’s social skills. Though a range of medical treatments are available for ASD, use of cannabis for autism has been rising since the past few years. Different scientific studies and research have discovered the effectiveness of cannabinoids like CBD and THC for autism spectrum disorder.

Owing to the growing legalization of cannabis across different states in the US and beyond, using cannabis for autism is garnering more attention with people becoming increasingly curious about the potential of the plant as a viable treatment. This has led to patients asking if cannabis can be the right treatment for Autism disorder or if it’s just another hyped concept in the healthcare and medicine industry.

Well, in this guide, we’ll clear all your doubts by discussing how cannabis can help manage the symptoms of autism and more.

Though the disorder can be diagnosed at any age, it’s called a developmental disorder and is generally found in children as symptoms are usually noticed within the first two years of life. A small percentage of children develop ASD symptoms within the first year of their life, and then go through the period of regression between 18 to 25 years of age.

Did You Know: About 1% of the world population is living with autism spectrum disorder

A child with autism spectrum disorder may have trouble with their social and communication skills. Below are some of the common signs they may go through:

A child with autism spectrum disorder may follow some repetitive behavioral patterns. Below are some of the common signs he/may go through:

Causes of Autism Spectrum Disorder are still unknown. Considering the complexity and severity of symptoms that vary from cases to cases, genetics and environmental factors can play a vital role. Research suggests that different genes might affect the disorder. For some children, the disorder can be linked with a genetic disorder (eg. Rett Syndrome or Fragile X Syndrome) whereas for others, the underlying reason could be genetic changes that may increase the risk of autism spectrum disorder. Yet, other genes may affect the functioning of brain cells which results in severity of symptoms.

Speaking of the environmental factors, there are on-going studies and researches learning whether factors such as viral infections, medications or complications during pregnancy increase the risk of autism spectrum disorder.

ASD treatments could vary for children and adults. In children, the treatment generally consists of general developmental screening during well-child checkups and additional evaluation with a team of doctors including a neurologist, child psychiatrist, and a speech-language pathologist. ASD treatment for adults also starts with an ASD evaluation and then a combination of behavioral, psychological, and educational therapy with medications (if necessary) is followed to manage the symptoms. Medications for ASD could help a person ease with the following symptoms:

Other than this, there are several other social services and resources that offer help to people with autism spectrum disorder. 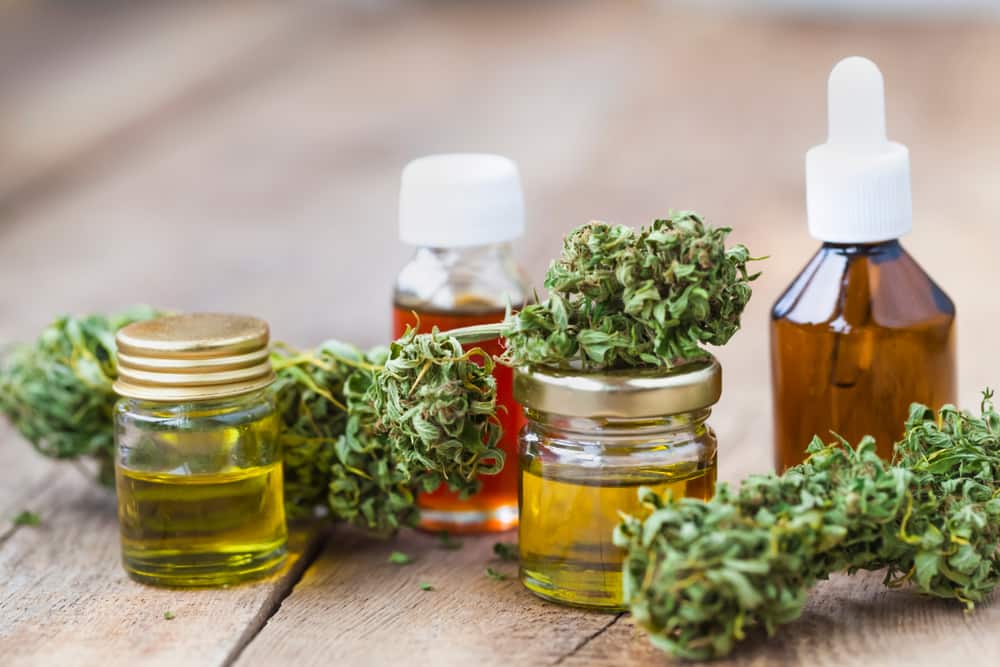 Cannabis, also known as marijuana, is a complex plant with about 426 naturally occurring chemical compounds of which 60 of them are cannabinoids with different effects. Though there are various cannabinoids, the most researched ones are CBD (Cannabidiol), delta-9 THC or delta-9 tetrahydrocannabinol, delta-8 THC, or delta-8 tetrahydrocannabinol, CBN ( Cannabinol). Each of the cannabinoids contain different pharmacological properties. CBD and THC are the two most prevalent cannabinoids and which is why they are the most researched compounds.

The herbal plant is well-regarded in the healthcare business for its therapeutic properties. CBD enjoys a dedicated following for its properties, such as anxiolytic, analgesic, anti-inflammatory, etc. while THC (tetrahydrocannabinol) is associated with the high feeling that comes with marijuana consumption. A wide range of patients consume the herbal product for an assortment of medical conditions including chronic pain, glaucoma, anxiety, cancer, neurological disorders and others. Though marijuana has been for medical purposes has been used since ancient times yet a certain section of the society resists using the substance for its stigmatized image and lack of clear scientific evidence.

Yet, there are people who acknowledge the potential of cannabis in the management of different severe health conditions including autism spectrum disorder.

Cannabis for Autism: Understanding the Relationship

Well, cannabis for autism is a trending and interesting topic for discussion as different ideologies following its support and criticism are available. There are studies claiming that marijuana holds a significant potential in the management of autism which further needs to be explored on a deeper level.

Now, science suggests that the cause of development of autism spectrum disorder still remains unclear. Several genetic, perinatal, and environmental factors are said to be involved. Including other biological hypotheses, researchers have found an impairment in the endocannabinoid system that influences different functions in our body like mood, pain, pleasure, etc. Research also points out a sort of imbalance in some endogenous neurotransmission systems like the serotoninergic and γ-aminobutyric acid (GABA)-ergic. Too complicated? Well, it is like that with the study of cannabis plants.

Simply put, there have been several imbalances and impairments in particular systems of the human body that might increase the risk of autism disorder and how does cannabis come into all this? Well, the plant holds the potential to influence certain functions in the brain by binding with the CB1 and CB 2 receptors present in the nervous system.

Safety and Efficacy of Cannabis for Autism

Cannabinoids play a crucial role in managing a wide range of medical conditions including autism spectrum behavior. CBD and THC are known to be the two most widely used and research cannabinoids with some opposing effects. Due to the psychoactive properties of THC, more studies regarding ‘cannabis for autism’ have been CBD-centric owing to the compound’s therapeutic capacity.

Numerous studies on the safety and efficacy of cannabinoids in children with autism spectrum disorder were conducted on different measures, such as problem behaviors, parenting stress, anxiety, behavior, communication, hyperactivity, self-injury, sleep, etc. The results showed significant improvement in the behavioral structure of patients with ASD. Behavior, parenting stress, anxiety and communication improved in children by 61%, 33 %, 39% and 47% respectively.

However, no studies specifically investigated the effect of cannabinoids on repetitive behaviors or patterns. In addition, the number of medications used were significantly decreased after the treatment with cannabinoids.

Speaking about some of the risks associated with cannabinoids treatment, somnolence, increased appetite, and irritability are the most common side-effects found in people using cannabis for autism.

Concluding the scientific data available on cannabis for autism, it can be said that cannabinoids have shown beneficial effects on some autism-related problems (sleep disorders, seizures, hyperactivity, behavior, etc.) but their effects on core symptoms (socio-communication imbalances, restricted patterns and interests, stereotypes, etc.) are still unknown.

Considering the drawbacks of the present studies due to the absence of statistical analysis, the scientific community aims to conduct further studies investigating the short-term effects of cannabinoids on neurotransmitter levels of patients with ASD. The researchers hope to receive a clear understanding of the mechanisms of action of cannabinoids.

Science still believes that a lot more research is required to learn the long-term effects of plant cannabis on people with ASD. The future studies should include more clear data of homogenous samples of age, medication use, presence/absence of seizures and functioning level.

Is CBD Safe to Use for Autism Spectrum Disorder?

This is the most commonly asked question about CBD whether it’s safe for consumption or not. The Food and Drug Administration (FDA) recognizes the medical potential of CBD and has only approved a CBD prescription medicine named ‘Epidiolex’ for the treatment of two severe forms (Lennox-Gastaut syndrome (LGS) and Dravet syndrome (DS) ) of Epilepsy in children.

Even the World Health Organization (WHO) in a CBD-related study, has acknowledged the potential of the cannabinoid considering it well-tolerated by human bodies. Yet, an irresponsible or overconsumption of the compound can lead to some short-term side-effects, such as diarrhoea, fatigue, and change in weight. People with Autism Spectrum Disorder also consume CBD in moderate quantities to get its medical benefits without compromising on their health.

CBD can also interact with some medications leading to some short-term risks. So, if you are already on some medications and are thinking of consuming CBD, consult your doctor. Make sure you talk to a cannabis doctor or your primary healthcare provider regarding CBD use.

Did You Know: About 33 % of Americans have used CBD at least once.

How to Find Quality CBD Products for Autism Spectrum Disorder?

Considering the fact that CBD has garnered an immense popularity, chances of fraud companies entering the CBD industry are very likely. In a market scenario like this, it’s imperative that a customer is fully aware of the products he/she is purchasing so as to avoid getting low-quality products. Below are enlisted few of the key points one needs to remember before buying CBD:

The time- old recognized potential of the cannabis plant has always paved the way for its further research in order to discover something new and therapeutic about the plant. This led the scientific community to research cannabis for different neurodevelopmental conditions including autism spectrum disorder. Though the available data suggests that the herbal plant and its cannabinoids could be a potential agent in managing some of the symptoms of autism, science calls out for more detailed research regarding it’s long-term effects. Until then, make sure you are responsible with your CBD consumption.