Getting a Medical Marijuana Card in Los Angeles, CA

Universally known for ‘Hollywood’, the city of Los Angeles, is vibrant and liberal in nature. The city is commonly referred to as L.A. and is a center for cultural, financial and commercial in Southern California. The city has a home to the entertainment industry, media houses, petrochemicals, aerospace, and fashion. 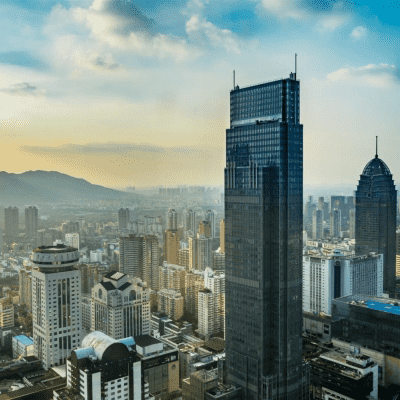 Near the famous Hollywood sign, it has studios like Paramount Pictures, Universal, and Warner Brothers.  The city has 15 million population and is the second-largest populous city in the United States, with an economic output of $800 billion.

The city has always loved marijuana in every form. Though this is not only because of celebrity culture, it is in the fabric of the city. In this city guide, we will explain to you the marijuana laws of this liberal and marijuana lover city. Along with the laws of the city, we will also let you know how you can get your medical marijuana card in Los Angeles city and why you need to get the card.

What Are The Marijuana Laws Of The Los Angeles City?

In 2005, there were as such, four dispensaries, operating in the city. However, in 2006 the number raised to 98 dispensaries. The law enforcement agencies were hard to find the dispensaries and only telephone number was given by the dispensary owners. The city police thus arrested various owners of marijuana dispensaries who were operating near schools, public places, worship places. The same year cannabis dispensaries were reduced in number and a guideline was again ordered.

The city council approved the taxation regime for medical marijuana dispensaries. There remained chaos with this taxation law.  It was under measure M where thousands of medical cannabis dispensaries were allowed. But under the measure D passed in 2013, only 135 dispensaries could operate in the city. It was in 2016 the semi-legal dispensaries were exempt from the tax after measure D. After Prop 64, the adult use of marijuana act, the city has to allow a maximum of 6 indoor immature plants. However, under Measure D, the dispensaries, cultivation, and deliveries remain banned in the city.

In case you are a medical marijuana user, you need not worry about the ban in the city. There are various dispensaries already working in the area directed by the city council.

How To Get Medical Marijuana Card In Los Angeles City?

You need not to physically visit a doctor for a medical marijuana card. Just fill the online form and put your burden on us. We guarantee 100% cash back in case you didn’t get your medical marijuana card for any reason. Once you fill online form you will receive a video call from our licensed doctor. The doctor will evaluate you for your medical conditions. Once this procedure is done, you will receive your e-medical card in your email (PDF) within 10 minutes.

Why Do You Need MMJ Card?

The medical marijuana card helps you to get a medical cannabis from a medical dispensary. You can use this MMJ card at any dispensary in the state of California. Interestingly, our 420 evaluations card can be used in Nevada also.

The MMJ card holders have more flexibility for the possession, cultivation and they can also fly with the cannabis.

How To Find Dispensaries In The City?

Once you get your medical marijuana card from the Online Medical Card, you can visit any dispensary in the city or around. We will also guide you to the authentic websites where you can get information about the legit and best dispensaries in the city.

Things To Do In The City

Venice Beach is also known as a kooky epicenter of California. Go for lunch at Figtree’s café where you will also love to visit Small World Books.

When someone is Los Angeles then how come can anyone leave the place without having glimpses of famous stars? Visit Hollywood Walk of Fame where 2,400 figures from the entertainment world are immortalized.

This is must place visit in Los Angeles. Not because of its charm but it is the gateway to the Griffith Observatory. It is through this park where cars take you to the Greek Theatre.

The theatre is the center attraction for anyone who loves the art. This is a 7,000 seated theatre and most popular venue for concerts and shows. When you visit the area, make sure you have already booked your tickets for any new concert.

While you may in the town enjoying marijuana and some beautiful places, please avoid driving at the same time. As driving with marijuana smoking is illegal and it can sometimes hurt you too while you are high. So stay safe, enjoy cannabis and do not forget to get your medical marijuana card in Los Angeles.

Why Get an MMJ Card from Online Medical Card in Los Angeles?

Online Medical Card is one of the best Medical Marijuana Card providers in Los Angeles.

Great content about marijuana and marijuana doctors in Los Angeles