Are you looking for the answer to the question ‘Is cannabis a treatment for cachexia?’ We’ll help you find the answers today. We’ll discuss everything about using medical marijuana for Cachexia and if it is an effective treatment for the medical condition or not.

Cachexia is a wasting syndrome. As the name suggests, a wasting syndrome wastes away the health of the human body. In this syndrome, the body of the individual suffers from extreme weight loss, loss in skeletal muscle mass and metabolic issues resulting in extreme weakness.

Like any other syndromes, Cachexia first affects a patient due to some underlying disorders that they are already suffering from. The most commonly recognized disorders or diseases that cause this syndrome are:

Getting diagnosed with a debilitating health condition like Cachexia is sure to make anyone anxious. Along with these medical issues, basically any chronic illness can lead to this syndrome in the body of the patients. To then treat such a severe condition becomes a high priority task.

We’ll cover all the traditional forms of medication of Cachexia for the benefit of our readers. But along with them we will also elaborately discuss the prospective effectiveness of medical marijuana for Cachexia.

Traditionally, there is no one fool proof method of treatment for Cachexia. It was and still is essentially just a process of recognizing the most prominent symptom and then addressing it accordingly. In this manner the person is able to resolve the issue that is troubling them in a singular way. Now, here are a few examples of treatments that patients can go for to get symptomatic relief.

Let us then tick off these important therapies down below:

Did You Know: As per a survey, over 160,000 cases of Cachexia are regularly admitted to community hospitals in the United States of America. 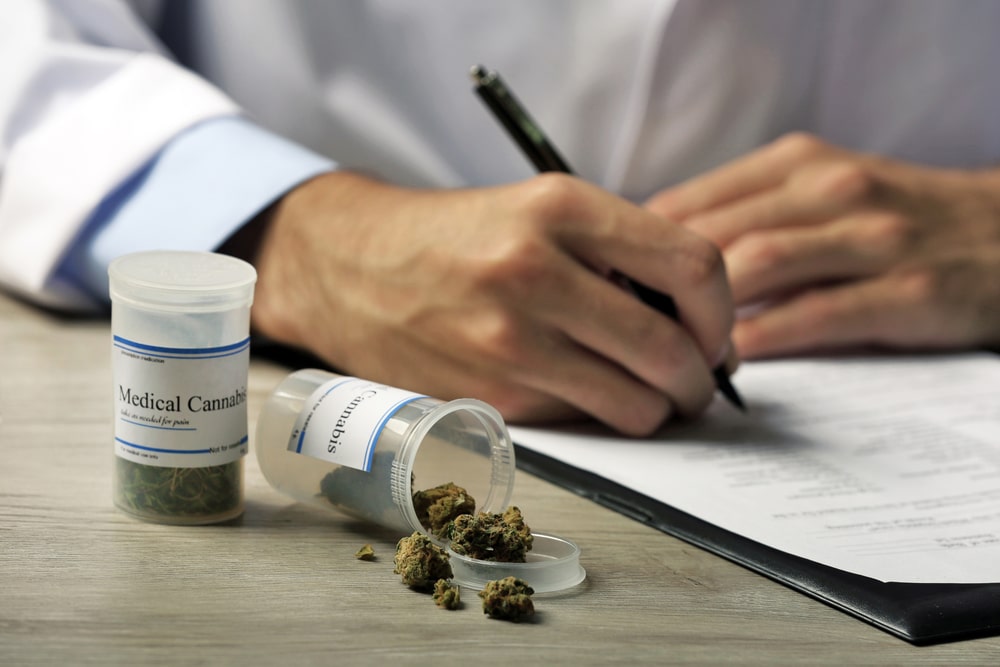 Marijuana marijuana for Cachexia holds a great scope considering its effectiveness in the treatment of conditions like:

Testing it for the treatment of other serious conditions including Cachexia then becomes an obvious and necessary step.

To avoid this wasting syndrome from affecting patients suffering from any of the weakening disorders prevalent in modern society today, we have to discuss its relationship with medical cannabis a little more in detail. Only by conducting relevant experiments and proper research can we then find therapeutic aspects of medical cannabis as the ultimate form of medication for Cachexia.

Also Read: What Qualifies Cannabis to be a Medicine?

Yes, medical cannabis may treat Cachexia. This major claim comes after the research that highlighted the appetite-stimulating effect of cannabis in patients suffering from HIV or AIDS and Cancer.

Not just this, Cachexia patients are traditionally prescribed the use of Dronabinol, a man-made form of THC, or Tetrahydrocannabinol, often. The patients here then choose to flock towards the use of the cannabis instead, which naturally contains THC. When you get the same benefits from a naturally occurring substance in the environment without the side effects of a chemical medication, why wouldn’t you try it?

Which is why using medical cannabis in the treatment of Cachexia is highly significant. Currently, there are multiple states that legally allow use of medical marijuana for Cachexia. The condition being that the patient must be approved by a licensed physician. Today, getting an approval or physician’s recommendation is easy since there are several reliable clinics that offer telemedicine platforms for the same. Online Medical Card is one such online clinic that can help you get the recommendation if you are considering using medical marijuana for cachexia. However, there is still a shortage of high quality evidence that supports this claim in its entirety. Nevertheless, with not even one ultimate form of medical therapy stipulated for Cachexia, the unlimited possibilities of marijuana deserve its due recognition.

Let us then share a few important pointers to use medical marijuana optimally for the symptoms of Cachexia.

Which Symptoms of Cachexia Can Cannabis Treat?

Based on separate studies in the past, cannabis can help resolve many symptoms of cannabis. Let us go through the ones we can, down below.

As per a study, we observed how cannabis could induce the ‘munchies effect’ in the user’s body further stimulating their appetite. This then leads to an increased body weight in the ones suffering from debilitating disorders like Cancer, HIV and/or AIDS. Considering these promising studies and data, it can be stipulated that cannabis can help manage loss of appetite often associated with Cachexia.

Medical Marijuana for Lack of Appetite – How Does It Work?

Chronic pain and inflammation are another major symptoms that has found its ultimate solution with the right quantity of cannabis consumption. As mentioned before, Cachexia is a wasting syndrome that most often than not has a severe underlying medical disorder as its cause. These disorders are chronic in nature which means they ‘have persisted for a long time or are constantly recurring’. The recurring disorders are then accompanied with intense pain and inflammation symptoms.

As per relevant studies, we know that if you consumed conscientiously, cannabis and its derivatives like CBD can help with pain.

Depression is a mental condition that negatively impacts the thoughts, feelings and actions of a person. When a patient is physically troubled, mental anguish and frustrations become common. Depression is then a major symptom of Cachexia patients. This is also one symptom that can be sufficiently reduced with the help of cannabis.

The mood stabilizing and uplifting effects of smoking certain cannabis strains is certainly useful for suffering patients. It helps them overcome the negative feelings that lowers their morale during the recovery stages or otherwise as well.

Anyone is bound to feel highly anxious and stressed if they’re suffering from a severe wasting syndrome like Cachexia. When you’re witnessing the downfall of your immune and metabolism systems, not just you as a patient but your friends and family also suffer from elevated levels of anxiety and stress.

With a few puffs of a good cannabis strain you can then find the peace and calmness that you so desperately seek during these tough times.

Nausea is a feeling of sickness that brings about a strong reaction of puking or wanting to puke. This is something that will trouble you to quite a great extent. Especially if you are a patient who is undergoing chemotherapy. Feeling intense nausea is something that is sure to catch you in a compromised position.

However with the proper consumption of cannabis you can easily enjoy anti-nausea effects in your body.

Feeling tired is something that will affect you regardless of whether or not you’re taking the help of a valid form of medication for the treatment of the severe disorder afflicting you. What comes associated with the disease is the Cachexia syndrome, which will again bring a lot of tiredness symptoms in your body.

For reducing fatigue and extreme level of tiredness, cannabis can be a truly unique medical aid. There are certain THC-high cannabis strains that will boost the energy and moods of the suffering patients, which we will go through in detail further in this guide.

Are There Any Health Risks If I Use Medical Cannabis for Cachexia?

If we are suggesting the use of a medicinal drug in managing and treating the symptoms of any disease or syndromes, we must also make sure to cover the relevant health risks that are attached to its use. So are there any side effects to using cannabis to treat symptoms of Cachexia?

As compared to the chemical drugs like Dronabinol and Megace, the severity of the health risks posed by the consumption of cannabis are considerably less. Apart from any potential health risks, there sure are a number of side effects that the patient has to more or less be extremely careful of.

These supposed side effects of cannabis consumption can be monitored and controlled by following a set of self regulated rules. Of which, the most important ones are-

Let us now go through the list of five major cannabis strains that you can smoke to dispel the identifiable symptoms of Cachexia. 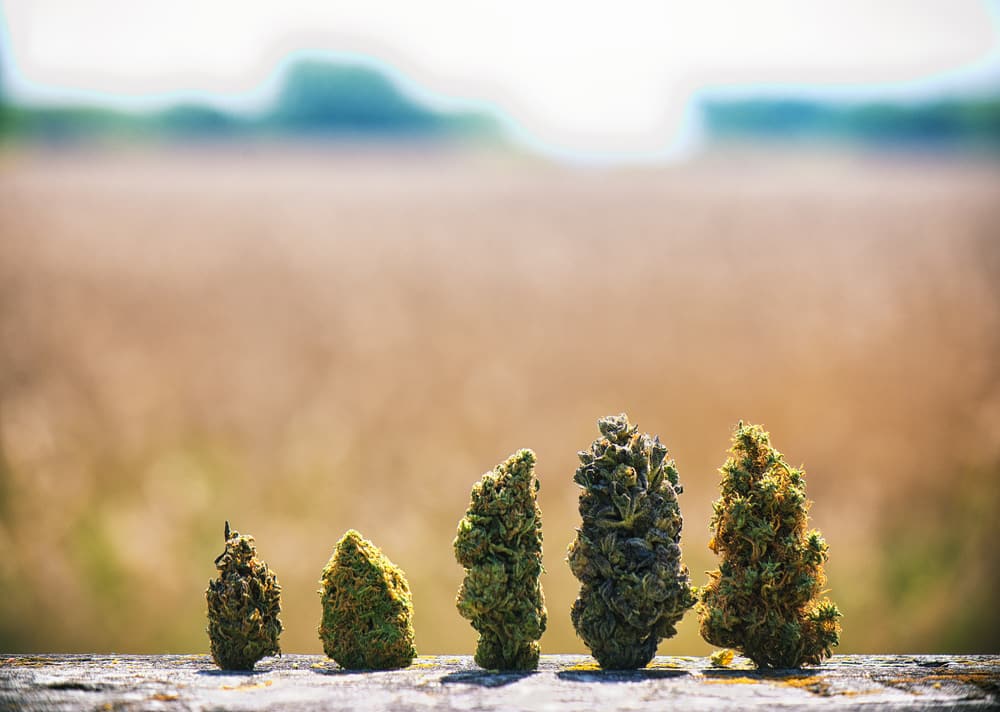 There are many cannabis strains that a patient can smoke to find relief from Cachexia symptoms. Let us list down atleast five of such strains, which are truly quite exceptional in its treatment.

A sativa dominant strain that is very popular among patients is Sour Diesel. The popularity of this strain is owed to its refreshing lemony aroma. Whenever you consume it, it does the job of waking up your mind, quite like coffee. Extreme fatigue, nausea and many other such symptoms of Cachexia are chased away with each puff of this potent strain.

Unlike its name, Durban Poison is well revered for its ambrosial citrusy fragrance. The smoking session is then quite fun and not boring for the patients. It infuses the user with a renewed energy which will reduce nausea, stress, depression etc. Patients struggling from Cancer and other such immunodeficiency diseases often find themselves gravitating to the use of this strain quite often.

As a result of which it is one strain that definitely works for Cachexia afflicted patients.

With high THC content strain at around 18%, Trainwreck is another flawless cannabis strain that is used by the Cachexia patient. What adds to the smoking experience of this strain is its spicy and berry-like flavor that it leaves in the mouth of the user. Particularly working to relieve the patients of extreme inflammation, anxiety as well as depression, this strain is magical in its effects.

Not a very well known cannabis strain in terms of popularity yet quite effective in its action is Sonoma Coma. Originating from Sonoma County in California, only a fool would not try it out at least once in their life. With a long lasting spicy taste that it leaves after a thorough smoking session, the wellness effects like appetite stimulation, mood upliftment benefits are often felt quite strongly by the patient.

A major Indica strain, Granddaddy Purple is another medically renowned strain for its amazing benefits. It can alleviate the symptoms of pain, inflammation, nausea etc. However, advisably a patient should consume it right before bed to avoid any untoward happening in their day to day life.

Is Medical Cannabis Actually Good For the Treatment of Cachexia?

Yes, medical cannabis is good for the treatment of Cachexia symptoms. What matters in this however, is whether you are aware of the possible effective symptoms or not. The only way to figure this out is by consulting a physician about the same. You can apply for a medical marijuana recommendation and get guidance for using medical marijuana for Cachexia.