Life can often present challenges and make it difficult for us to get through the day. However, when you do get overwhelmed by stress and anxiety, it becomes imperative to look for ways to get back on track by calming yourself down.

This is easier said than done. People with anxiety have to deal with intense and prolonged worry on a daily basis, which can further deplete and worsen their condition. It can bring about additional medical problems like insomnia, accentuated headaches, and a lot many other conditions too.

Anxiety needs to be treated, and marijuana can act as a non-addictive alternative. So, sit back and read further as to how marijuana can be a great rescue for those troubled by anxiety.

Marijuana can refer to either of these – the dried leaves, flowers, stems, and seeds from the cannabis Indica or the cannabis Sativa plant. The plant contains a lot of chemicals, more than 100 of which fall in the category of cannabinoids.

Marijuana is usually known for its relaxing and calming effects and is used for the same. In most U.S states, it is also recommended to assist many medical conditions, including chronic pain, glaucoma, and even poor appetite.

But today we will inform all of you about how cannabis can be used to relieve different types of anxiety and how the mentality towards cannabis has changed over the years.

Keep in mind that while cannabis comes from a plant and is considered natural, it can still have strong effects, both positive and negative.

How Does Cannabis Alleviate Anxiety? 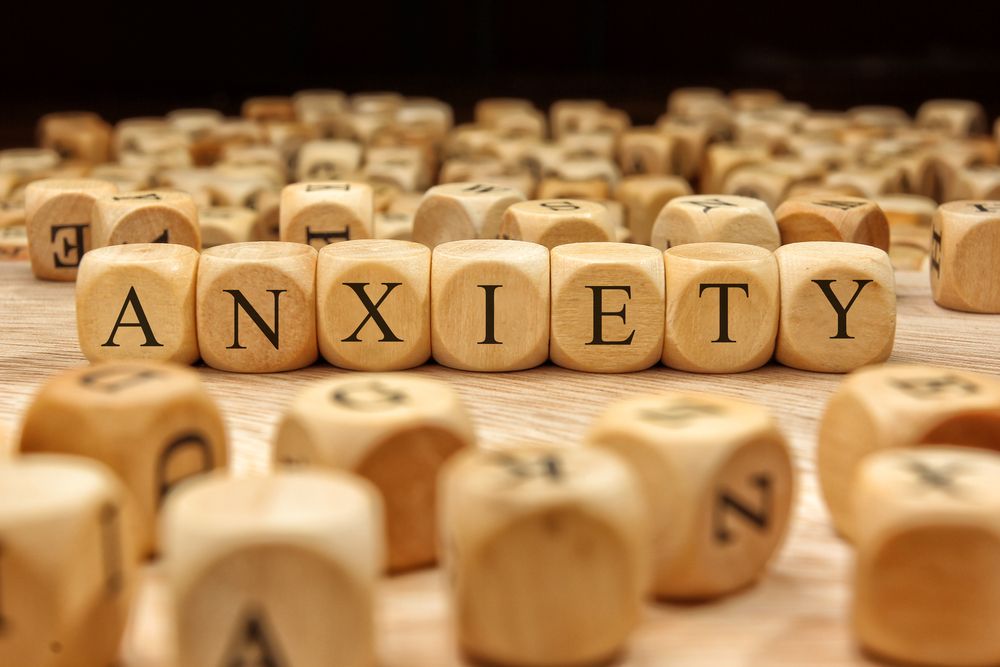 Before we start on the Anxiolytic (anti-anxiety) properties of marijuana, we need to tell you that there are two major chemical compounds called cannabinoids found in marijuana namely THC (Tetrahydrocannabinol) and CBD (Cannabidiol). As these two compounds play a major role in determining how you feel after consuming cannabis, we ask you to remember these terms as we go on from here.

Cannabinoids interact with our Endocannabinoid System and regulate a wide range of physiological processes, one of which is stress and anxiety.

There are still a lot of talks going around as to how anxiety can be alleviated. An anxiety attack can be caused by any and almost everything there is out there. It clearly depends from one person to another. These episodes can disrupt daily life activities and can be very disconcerting.

The reason why we look for an effective solution and there are studies that have shown CBD to be helpful in reducing stress and invoking a sense of calm.

How Do Cannabinoids Affect the Brain?

Both the earlier mentioned compounds, CBD and THC work on receptors that release neurotransmitters in one’s brain.

THC is a CB1 and CB2 (Cannabinoid receptors 1 and 2) agonist. This means that THC binds itself with these CB receptors and copies the function and role of endocannabinoids, the cannabinoids naturally produced by our bodies.

on the other hand, endocannabinoids are generally termed as ‘the Master Regulator of our bodies.’

They basically regulate various cardiovascular, nervous, and immune system functions inside cells. This allows our body to carry out the necessary functions seamlessly.

CBD, on the other hand, is a positive allosteric modulator of the GABA – A receptor. This means that CBD reduces anxiety as it changes the shape of the GABA-A receptors, in a way, that amplifies its naturally occurring calming effects side-by-side.

GABA receptors are used to control our anxiety and stress levels along with brain activity. The easiest way to describe what GABA receptors are is to think of them as a brake that slows down the car when needed. The moment GABA activity increases, nerve transmission slows down. This makes us feel relaxed and reduces stress.

Difference between THC and CBD

Both CBD and THC have the exact same molecular structure. A slight difference in how the atoms are arranged accounts for the differing effects on your body. In spite of their similar chemical structures, CBD and THC don’t have the same psychoactive effects.

CBD is psychoactive, just not in the same manner as THC. It doesn’t produce the ‘high’ associated with THC. CBD is shown to help with anxiety, depression, and seizures.

THC, on the other hand, is the compound responsible for the ‘high’ associated with the consumption of marijuana alongside controlling pain, mood, and other feelings.

Types of Anxiety Marijuana Can Overcome

There are several ways marijuana affects our bodies. As we have mentioned earlier CBD and THC have their own sets of effects on us. Similarly, there are various segments of anxiety that people suffer with. Let’s see how marijuana helps relieve them.

GAD is characterized by excessive, exaggerated anxiety and worries about everyday life events for no apparent reason. People who suffer from generalized anxiety disorder are always on the lookout for disaster and can’t stop worrying about their health, money, family, work, school, or anything in particular.

Excessive anxiety in situations where a person may feel judged, such as performance situations and situations involving interpersonal contact with others, characterizes SAD.

PTSD is a common psychiatric disorder. It frequently manifests as a cluster of symptoms, such as reliving traumatic events through intrusive memories and nightmares, avoiding certain distressing factors, and changes in mood, level of arousal, and cognition.

Medical Marijuana and Its Uses

Cannabis use for medicinal purposes has become common as the days go by, including treatment for a number of disorders such as insomnia, muscle spasticity, and chronic pain to name a few. Medical marijuana is basically the same marijuana used recreationally, but for medicinal benefits.

There are some strains of marijuana that are not available for recreational use but for people suffering from chronic pain and other serious ailments, more potent strains are available. All of this can be accessed easily through a medical marijuana card, which one can get after a recommendation from a state-licensed doctor.

Is Medical Marijuana Legal Across the USA

Laws are changing all the time on cannabis. Many states allow medical marijuana, containing THC, for several uses.

As part of the Farm Bill in December 2018, Congress legalized hemp. But there are still rules about where and how you can sell products that contain CBD. You can’t sell some across state lines, for example.

Laws are changing all the time on cannabis. Many states allow medical marijuana, containing THC, for several uses.

As part of the Farm Bill in December 2018, Congress legalized hemp. But there are still rules about where and how you can sell products that contain CBD. You can’t sell some across state lines, for example.

Legal Status of Medical Marijuana in the USA

With medical marijuana, it isn’t just a simple yes or no that can get you your desired answer. CBD and THC products both fall under this broad category. There are states like Tennessee and Wyoming to name a few which don’t allow any form of Medicinal Marijuana. Whereas states like Texas have prescriptions for medical cannabis than recommendations.

So, what we’d like to say is to always check your state laws before opting for or consuming medical marijuana.

Other Therapeutic Benefits of Marijuana

There is still a lot of research remaining in the field of medical marijuana, such that it can help treat a number of conditions including:

Did You Know?
You can use CBD oils and products to relieve pain and anxiety in dogs too.

Has the FDA Approved Medical Marijuana?

Epidiolex (cannabidiol) was approved by the FDA in 2018 for the treatment of seizures. These seizures were associated with two really rare and severe forms of epilepsy, Lennox-Gastaut syndrome, and Dravet syndrome.
In addition to this, the FDA has also approved the use of three synthetic cannabinoid medicines – Marinol (dronabinol), Syndros (dronabinol), and Cesamet (nabilone) to treat nausea and vomiting from chemotherapy.

Ways in Which You Can Consume Marijuana 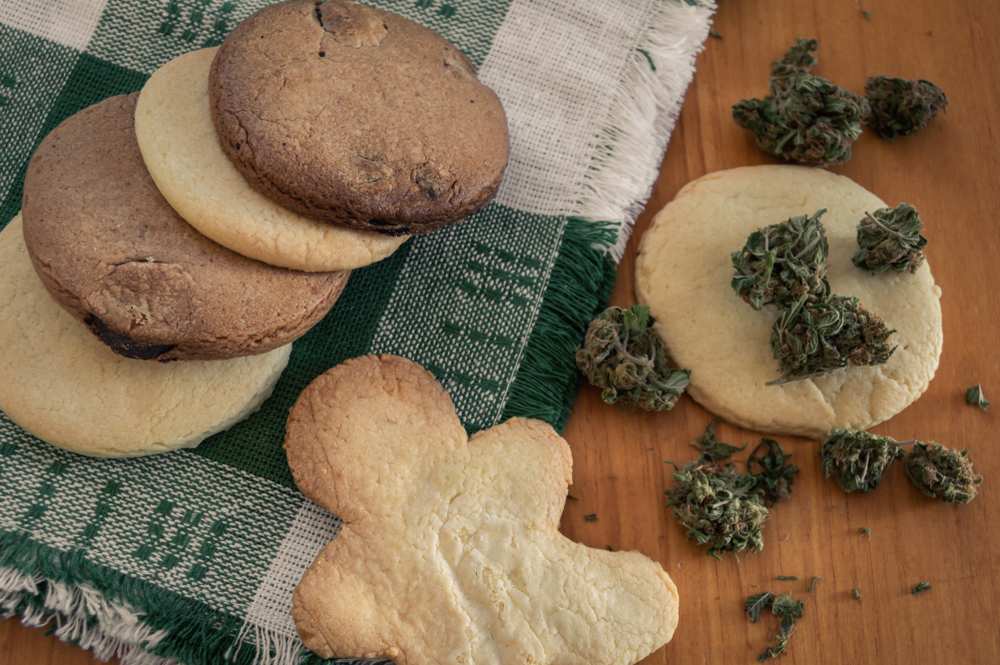 INot all cannabis consumers are avid supporters of smokables. It can either be a preference or a step that must be taken to avoid health problems. But fortunately, this does not leave non-smokers out of the loop. Today, there are multiple ways to consume cannabis and enjoy the benefits without having to inhale or exhale.

Many forms of ediles have now come up, rather than the age-old ‘brownie’. You can have CBD and THC gummies to satiate your cannabis need.

A cannabis tincture is a concentrated extract made by soaking the flowers and/or leaves in a solvent like alcohol. It allows for precise dosing, down to even a drop of it.

Applied directly to the skin, cannabis balms, gels, salves, and lotions can be used to treat pain, muscle aches, and more. They do not produce a psychotropic effect.

Sublingual sprays take advantage of the mucous membrane under the tongue and allow the active ingredients to bypass the digestive process and enter straight into the bloodstream.

Vaping heats up cannabis to a level that releases cannabinoids and other compounds into the air, producing a vapor that is then inhaled. There is no smoke and it’s easier on the lungs.

Many people report using marijuana to cope with anxiety, and this may be especially prevalent among those suffering from a social anxiety disorder. Those who are concerned about marijuana causing anxiety are unlikely to use it, whereas those who use it and find it beneficial are likely to continue using it.