Legal processes can be drawn out for a long time. For cannabis, the first time any type of legalization was done was in 1996 -twenty-five years ago. Twenty-five years may not seem like very long ago, but when you consider the fact that it was the same year that the minimum wage was $5, it helps to put things in better perspective.

To appreciate the amazing benefits of medical marijuana even better, here is a quick run-through of the legalization of (medical) marijuana in the United States. A journey that legally started in California.

California has been known as the cannabis capital of the United States, but this status was earned long before it became the first state to legalize medical marijuana in the US. Cannabis has been cultivated and distributed in California as far back as 1895.

However, it wasn’t until the 1950s and 1960s when hippies and other subcultures popularized cannabis recreational use that it became one of the most illegal but lucrative ventures in the state. In the 1970s, the US government thought it was mitigating cannabis consumption by spraying herbicide on cannabis fields in Mexico. But that only drew more attention to the illegal marijuana industry in California.

As demands for Mexican cannabis dropped in numbers, there was a concurrent increase in demand for the California-grown alternative. At the end of the decade, 35% of the cannabis that was consumed in California was grown in the state. As of 2010, California supplied 79% of the cannabis consumed across the United States. But the journey wasn’t all buds and roses. 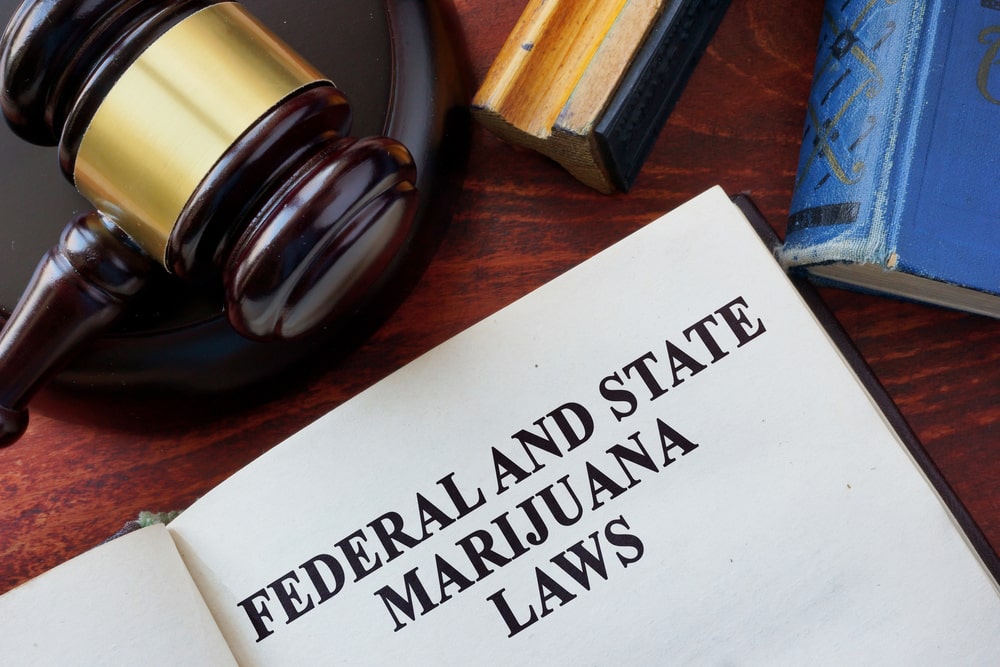 With 79% of votes in November 1991, the Proposition was accepted and it led to the reduction in arrests of persons using and selling marijuana for medicinal purposes. In the years that followed, legislation allowed doctors to recommend cannabis and treat patients with severe illnesses such as HIV/AIDS.

History was made in 1996, the same year that minimum wage increased to $5 per hour, when the Compassionate Use Act of 1996, popularly known as Proposition 215 was approved. Proposition 215 made history as the first time medical marijuana was legalized, in all of the United States.

The law allowed for the recommendation, prescription, and treatment with marijuana to help alleviate any symptoms or illnesses for which marijuana could provide relief. This proposition went on to become the brainbox of Senate Bill 420.

The Senate Bill 420, also known as the Medical Marijuana Program Act of 2003, was the first legislative move to refine the provisions of Proposition 215 and protect cultivators and patients using medical marijuana even better. This bill established an identification card system, which was presented to registered medical cannabis patients, allowing them to avoid arrest, be safe from raids, and be employed despite their medical cannabis use.

Marijuana Legalized in Four States. Here’s Why You Still Need a Cannabis Card

During Arnold Schwarzenegger’s tenure as governor, Proposition 19, a marijuana legalization initiative for recreational adult use of marijuana was presented in 2010. Unfortunately, it was voted out. The failure of this proposition was mostly because Schwarzennegger had not vetoed the proposition, a move that could have drawn support for the legalization.

Despite the decriminalization bill, which resulted in a drop in arrests for possession, people using medical marijuana outside the workplace were liable to be fired. By 2012, Colorado and Washington had approved initiatives for recreational marijuana, taking the pride out of California’s title as the cannabis capital of the country.

Recreational and Cardless Marijuana: 2016 – Till Date

As marijuana became more mainstream, with an economy that continued to boom, California joined the train for the legalization of recreational use in 2016. Proposition 64, the law that was passed for adult use of cannabis, was in effect and people could smoke and grow cannabis. However, access to dispensaries was still limited to those with medical marijuana identification cards. But not for long.

By January 2018, marijuana was legally sold in California for the first time. And the marijuana industry, as of 2021, is providing full-time jobs for nearly 60,000 Californians.

Medical Marijuana continues to save millions of lives with the right dosage and recommendations. If you have any symptoms of these illnesses and you want to consider adding medical marijuana to your treatment plan, you can get a medical marijuana card right here.