The city of Alhambra was named after a Spanish city mentioned in a book “The Alhambra” by Washington Irving. The city is located in the Sant Gabriel Valley, Los Angeles. The city’s population is around 85,000 and one of the biggest cities in the state. It was incorporated in the year 1903.

The city has also the same medical marijuana laws like other most cities of the state have.  Medical cannabis dispensaries are banned in the city along with the cultivation and delivery of private cannabis in the city. 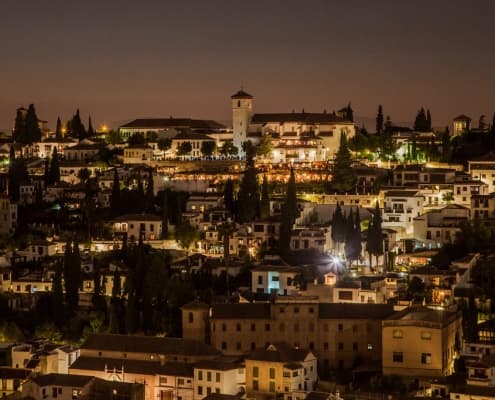 Here will guide you to the city laws about medical marijuana in Alhambra. We will also guide you how you can get your medical cannabis card and to how to find dispensaries in the area.

What are the medical marijuana laws in the city?

As many cities and counties in the state of California banned the medical marijuana in one way or the other. However, the dispensaries and deliveries in the city were banned and thus make it impossible for the patients to possess medicine according to the need. Some cities even banned the possession of medical cannabis in the city. This was mainly because of the Federal law which describes marijuana as a schedule 1 drug.

The city of Alhambra also followed the other cities of the County and banned the medical cannabis business. In 2006 the city council imposed a moratorium on the issuance of any entitlement for any medical marijuana dispensary. This was under the ordinance number 4488. The ban was imposed for 22 months and 15 days. This remains enacted till 2008.

The law was enforced again in 2013 and then 2015. In 2016 after the Prop 64, the city council imposed again moratorium ban for 45 days for private marijuana cultivation and non-medical cannabis in the city. It was to review the impact of the recreational or adult use of marijuana in other cities.

Currently, the city bans any kind of medical marijuana dispensaries, cultivation, sale or delivery within the city zone.

How to get MMJ card in Alhambra?

For the MMJ card, you need to get first the 420 doctor’s recommendations. The doctor must be a licensed medical marijuana doctor.
You need not to physically visit a doctor for a medical marijuana card.  Just fill the online form and put your burden on us.  We guarantee 100% cash back in case you didn’t get your medical marijuana card for any reason.  Once you fill online form you will receive a video call from our licensed doctor. The doctor will evaluate you for your medical conditions. Once this procedure is done, you will receive your e-medical card in your email (PDF) within 10 minutes.

Why do you need MMJ card?

The MMJ cardholders have more flexibility for the possession, cultivation and they can also fly with marijuana.

Once you get your medical marijuana card from the Online Medical Card, you can visit any dispensary in the city or around. We will also guide you to the authentic websites where you can get information about the legit and Best dispensaries in the city.

This 120-acre romantic place is an attraction for almost everyone who visits the area. This is known as the unique destination in Los Angeles County.

The 250 acre Frank G. Bonelli Regional Park, is a man-made recreation park in San Dimas. Here is a lake which is known as Puddingstone Reservoir, where you can go for fishing, swimming, sailing, and boating.

Here you can enjoy more than 200 food and craft vendors during the Asian-themed event.